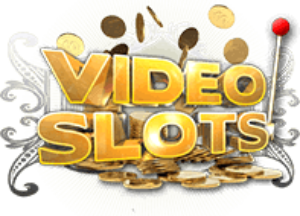 Welcome to WildPharao! Join here and get a CASINODADDY EXCLUSIVE bonus of 250% up to €750 with NO game restrictions! Don't forget to use the bonus code CASINODADDY 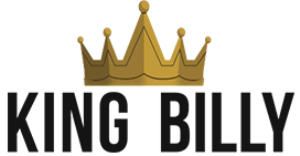 OctoPlay is a game provider that creates slots and has five titles in its catalog. Their first games, Pearly Shores, Heavy Anchor, and Hot Harvest, are hosted on their own proprietary server and have recently been integrated with major casino operators. This initial portfolio has gained lots of attention due to the deals made across different markets. OctoPlay is committed to providing the best gaming experience possible by creating fun and entertaining slots rather than worrying about graphics, math, features, or audio. To learn more about OctoPlay and its offerings, continue reading this review.

Nailed It was established in 2021 and is a casino gaming provider with a very experienced team behind it, offering players top-quality slots with impressive visuals and sound effects. Their catalog currently features the titles Gold Mine Stacks and Book of Fate released in 2022, with two more titles expected to be released soon.

Push Gaming is a software game developer that was founded in 2010 in London. Up to recently, Push Gaming was still relatively unknown to UK casino players, but thanks to its ever-growing list of casino partners, its games feature at some of the best online casinos.

The team behind Push Gaming is made up of professionals who have worked for Scientific Games and NextGen Gaming amongst others. The company specialised in creating mobile-optimised HTML5 games, most notably online slot games.

The company was created by Winston Lee and James Marshall and since then, it has developed a powerful collection of slot games. It has also struck up prominent partnerships with prominent names in the industry, including Microgaming, Playtech and OpenBet. Thanks to these partnerships, the company has been able to expand its business bringing in more online casino players in its direction.

Even though the company was launched in 2010, the first games did not go live until 2015. The first slot game was slot game Bonus Beans followed by another slot game Golden Farm.

Push Gaming is licensed and regulated by both the Malta Gaming Authority and the UK Gambling Commission. This provider has scooped up awards and nominations for its Jammin’ Jars slot games, including for the Casino Beats Game Developer Awards in 2021, the Game of the Year at the EGR Operator awards in 2021.

Who Is Push Gaming?

Push Gaming is dedicated to creating the most enjoyable gaming experiences for players worldwide. They don't back down from any challenge and strive to live up to their core values: putting players first and providing top-notch entertainment. Their games are always thrilling, exciting, and sure to delight any player. Founded in 2010, Push Gaming has been a leader in the gaming industry ever since. 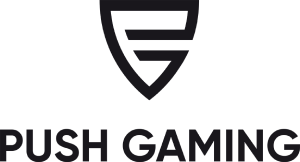 Push Gaming is licensed by the Malta Gaming Authority and UK Gambling Commission. 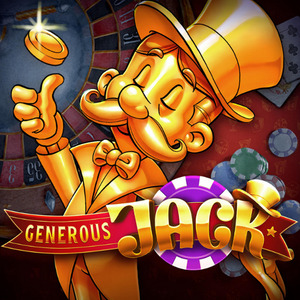 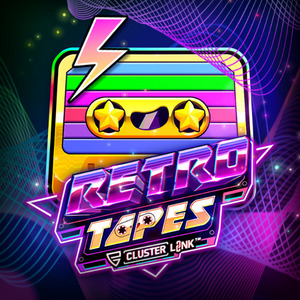 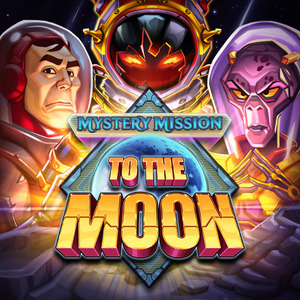 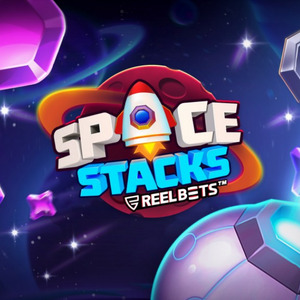 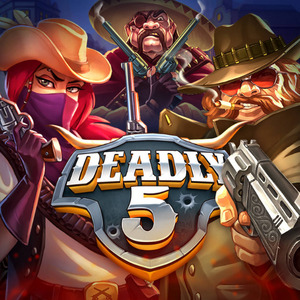 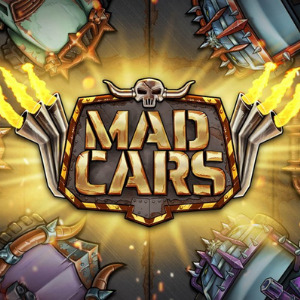 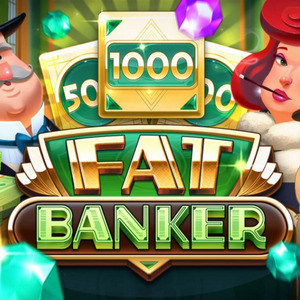 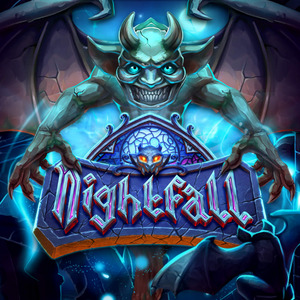 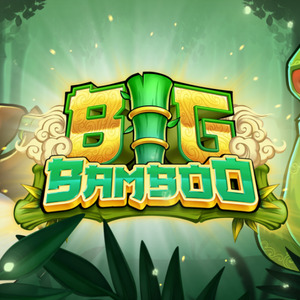 Here are some of the casinos currently on Aboutslots, offering Push Gaming. 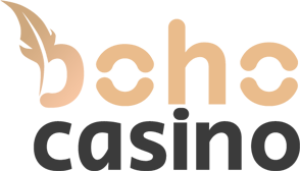 Push Gaming has spent most of its time creating unique online slot games that are mostly built across five reels. One of the most popular slot games available is Golden Farm. This game is built across 5 reels with 25 paylines.

With a rural theme, this online slot game features animals and farming. Players have the chance to harvest top prizes of 600x their stake.

The online slot game Humpty Dumpty has a more cartoon design. As you play this game, you will meet a wide range of fairytale characters, such as the jealous queen, the wild king, a young maid and Prince Charming. Humpty Dumpty himself makes an appearance in this game. If he drops on the middle reel, players can enjoy 6 free spins.

This is only a small sample of some of the best games available in Push Gaming’s collection. Other games include Meet the Meerkats and Bonus Beans.

Players can expect a wide range of online slot games based on a variety of themes. They also come packed with in-game features such as wilds, scatters, multipliers and free spins.

The games created by Push Gaming are embellished with enriched graphics. The slot games are never short of creatine and unique themes. After some time studying the market, Push Gaming decided to focus on one key missing piece: Hig y Volatility.

In 2018, the highly volatile slot game Tiki Tumble was launched. This game helped push Push Gaming into the forefront.

Though the game library is still small, players have access to both low variance older slot games such as Peter & The Lost Boys, Humpty Dumpty and Meet the Meerkats. Players who want to play highly volatile games can try their hand at Jammin’ Jars, Tiki Tumble and Fat Rabbit. Jammin’ Jars has the potential to give you wins of up to 20,000x your stake.

The games are also packed with interesting in-game bonus features, such as free spins bonus rounds and other options, such as jackpots, multipliers and wilds.

Push Gaming is focused on creating and producing HTML5-based online slot games, which can be played on any mobile or tablet device.

Push Gaming is committed to delivering the most thrilling and engaging gaming experiences for players worldwide. Their titles are exciting and sure to smile on any player's face. Here are some of their top-rated games that you won't want to miss out on.

Based on the classic English nursery rhyme, Push Gaming's Humpty Dumpty is a video slot with an egg-shaped character at the center.

This game requires players to land 3 of the same symbols across 25 pay lines. Lower-paying symbols comprise 10, J, Q, K, and A and the higher-paying symbols are composed of 5 characters from a medieval town - a woman, horse, knight, queen, and king.

Wilds are represented by two spoons on a golden tray and can substitute any paying symbol except the scatter symbol, an egg-shaped version of Humpty Dumpty himself. Red hearts also appear during the free spins feature and can offer sticky wilds to increase your chances of winning big.

Turn It Up, an electrifying video slot from Push Gaming is the perfect way to enjoy a rocking spinning experience. Filled with stunning visuals and remarkable animations, this rock-themed game offers players fast-paced action and big prizes.

On the reels of this virtual journey, you will encounter symbols such as singers, guitars, drums, microphones, and other band members, ready to put on a show. While spinning the reels, you will also hear an incredible rock soundtrack in the background that adds to the atmosphere of this game.

Nightfall is an exciting slot game experience with a mystical, dark theme and rocking music. You can play it on all devices, from notepads to desktops and mobiles.

The symbols are made up of lower-paying diamonds, clubs, spades, and hearts; if you land 5 of the same symbol type, you get 5X your bet. The high-paying symbols are a blue dragon, a green owl, an orange ram, and a lady in gold.

This game's wild and scatter symbol is a window that pays as much as the highest-paying Lady in Gold symbol. During your spins, you can land Fireball and Fireball Multiplier symbols. 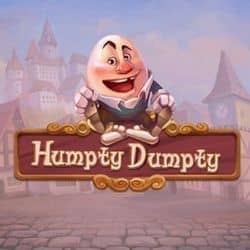 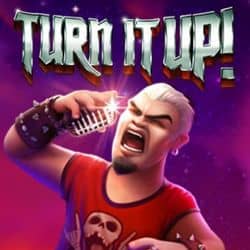 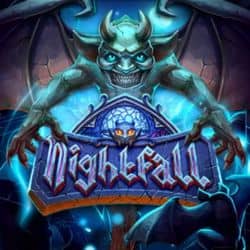 You have some great chances for high maximum wins playing Push slots. Here we have listed the highest top wins from this game provider.

Push Gaming slots offer an RTP of around 96-97%. Below are some of the best RTP slots from Push Gaming:

On our Big Wins page, you’ll find a collection of the best wins of CasinoDaddy, our channel on Twitch and YouTube.

1. What are the best casinos with Push Gaming games?

There are numerous Push Gaming Casinos available. The best one would be based on your personal preference and requirements. These casinos offer various sign-up bonuses, including match deposit bonuses and free spins deals.

2. What type of casino games does Push Gaming develop?

3. How many games has Push Gaming developed?

Yes. Push Gaming is licensed and regulated by both the Malta Gaming Authority and the UK Gambling Commission.

5. When was Push Gaming launched?

Push Gaming was launched in 2010 in London, UK.

6. Who are the partners of Push Gaming?

Push Gaming has various ongoing partnerships including with Microgaming and Playtech.

Push Gaming is a game developer that has made its way into numerous popular online casinos thanks to several partnerships. Push Gaming focuses on creating and producing online slot games which can be played on any mobile or tablet device.

Players can find various slots based on exciting themes with intriguing in-game features such as wilds, scatters, multipliers, and free spins. Push Gaming also offers high payout percentages and potential winnings of up to 50,000x the stake for highly volatile games like Jammin’ Jars and Razor Shark.