The Barbarian times have inspired many books, movies, and games. It was about time that NoLimit City joined the club and released Barbarian Fury, a 5 reel slot, with 4 rows, and 25 winning ways. The game offers some exciting and energetic features that will keep it interesting at all times. With a great theme that will get players in the mood to fight for their gold, the game is definitely worth giving a try.

Fight through the Cold Winter Storm

There is something about the Barbarian times that can spark many interests. From the way they lived to their toughness and roughness, they were very interesting people. Since they are linked to all things strong, they are the perfect inspiration for a slot game. The theme itself will get the player hyped to play, and not to mention the features that come with it.

The design of the game is pretty simple but it does help the player envision themselves in a Barbarian tribe. The background is an evergreen forest covered in snow. The sky is dark with the snow falling rapidly, but the tough barbarian warriors can handle it. The reels are made out of stone and decorated with branches, skulls and chains to fit the theme.

The soundtrack is very mysterious and tense. There are some sound effects of chains moving and clicking which contribute to the rough feel of the game. The symbols are very well-designed and include the regular royals engraved in wooden shields as the low paying symbols. The high paying symbols are represented by 3 different Barbarians. The game also has a wild symbol that appears as a big angry bear and a scatter symbol that is represented by a scary wolf.

This is a high volatility game, so even if you have had a few bad spins, the situation will turn around quicker than you know it. Players have the chance to win up to 8,785 times the stake in a single spin which is an extremely tempting offer. The minimum a player can bet is 0,25 and the maximum is 125 coins per spin. The RTP is set at the average 96,32%.

Nudge your Way to the Big Win

When it comes to the features, the game has a few exciting ones to offer. Starting from the wild symbol, it substitutes for all other symbols in the game, except for the scatter symbol. But that is not all it does, whenever it lands on the reels it triggers the Nudge Roaring Wild feature where the wild symbol nudges up or down to turn the reel wild. Whenever it nudges it applies a multiplier that starts at x2 and increases by 1. Seeing how the wild can nudge up or down up to 3 times, the maximum multiplier is x4. If more than 1 nudging wild lands on the reels, their multipliers are added.

Then there is the Barbarian Respin feature that is triggered when 1 of the 3 Barbarian characters appears at least 3 times on the reels. The matching symbols expand to fill their reels and get locked in place for one re-spin hopefully creating a booming winning combination.

As before mentioned, when the wild symbol nudges, it awards a multiplier which will not get reset on the next spin, but will stay until the feature ends. Every time a scatter symbol lands on the reels, the player is awarded with additional free spins. The number is also determined by the number of nudges it has to make to the bottom. The Fury Spins feature can also be bought and it will cost the player 70 times the total bet for 9 to 20 free spins. 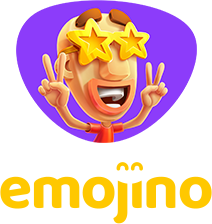