Explore our offers, learn from the experts, and win big! 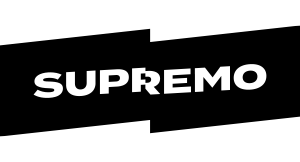 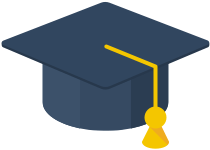 Free courses on everything about slots and casinos!
View All Courses
→

15
Min
Here you will learn what a bonus hunt is, what you need to think about regarding regulations and how it's played.

15
Min
If you're looking for an adrenaline rush, then you should seek games that let you win a jackpot.

22
Min
"Wagering" refers to the act of risking money against someone else on the basis of a future event occurring.

18
Min
If you want a shot at big money, then your game needs to be a high variance. Click here to learn more...

20
Min
Roulette is quite a simple game if you get to understand how the numbers work in the game. The first step is...

Are YOU ready to become a Casino Expert? Click to get started.
View All Courses
→
Show moreless ▾

Pretty much everybody who plays slots plays them primarily with one goal in mind – triggering bonuses and (hopefully) winning big. Many of the modern-day slot machines feature some awesome bonuses with huge potential and interesting gameplay so it is no surprise players are attracted to these features.

But, what’s more interesting than playing a single slot and chasing a bonus? A bonus hunt!

Instead of just playing one game and rolling with the bonuses as they land, bonus hunting means triggering the bonus feature on one slot, closing it down, moving on to the next slot and repeating the process, etc. Once you’ve spent the amount of money you were planning to or have simply collected enough bonuses, you go back to the slots and start opening them one by one, letting the bonus features roll and seeing what happens.

Thrill of Hunting for Slot Bonuses

While the end result won’t change and every bonus will end up paying whatever it was going to pay anyway, a bonus hunt adds special kind of excitement to a session. First of all, it is a challenge of sorts to see how many bonuses you can catch with a predetermined amount of money. Secondly, you get to play a bunch of games instead of just grinding one or two slots.

But, most importantly, once you’re done hunting for bonuses, you get at least a few minutes filled with action. Instead of having to watch all the dead spins, it’s one bonus feature after another and every single one of them could produce a big win. It doesn’t have to happen, of course, but it does happen every now and then. Sometimes, you’ll even have a series of good bonuses, which is the ultimate thrill.

Always looking to provide viewers with what they enjoy, Casinodaddy often features big bonus hunts that involve dozens of different slots. The chase for bonuses can take hours, so, quite often, the Casinodaddy team will do the hunting part off-screen.

Once the bonus opening begins, though, it usually lasts for a couple of hours and it’s a couple of hours filled with pure action. No dead spins and no waiting for slots to show their hand. Simply, one bonus after another, these bonus hunt streams are a great way to discover different games and see what they’re capable of as majority of RTP in most slots is contained in bonuses.

More than that, you get to experience the thrill of the hunt even more as there are frequent competitions on the Casinodaddy forum where you can win real cash prizes by guessing how much money the bonus hunt will return. Although it is a wild guess as there is no way to predict what slots might do, someone is bound to have the closest guess no matter what and these competitions are completely free to enter, so they’re definitely worth a shot.

Bonus Hunting for Your Own Pleasure

Of course, bonus hunts aren’t restricted to Twitch streamers only. If you enjoy playing slots, you can do it yourself as well with whatever amount of money you’re comfortable with putting on the line. Like with all things gambling, you should always be careful not to go over your head and plan in advance how much you’re willing to spend on a bonus hunt.

What you should know, though, is that not all slots are good material for hunting bonuses. Games from providers like NetEnt, Microgaming, Quickspin, and Big Time Gaming are perfectly fine as they’ll save your bonus and you can come back to it even a day or two later and it will still be waiting for you.

Games from other providers, though, most prominently Novomatic, aren’t suitable for these types of activities. This is because the bonus will only stay saved for a short period (about fifteen minutes), after which the game will automatically pay whatever the bonus would have paid and the balance will be added to your account.

You don’t need to worry about losing money if you happen to try to bonus hunt on a slot that doesn’t save the feature, though. You’ll still get every single cent but you won’t get the experience of watching the bonus roll out, which is a huge part of what hunting for slot bonuses is all about.

Not all Casinos Allow Bonus Hunts

Just because you see something happening on a Casinodaddy stream you shouldn’t automatically assume you can do it as well. When it comes to bonus hunts, most casinos are perfectly fine with it and you should have no problems but some operators don’t like this way of playing and actually forbid it in their terms and conditions.

To be on the safe side, you should always ask the support before doing it. If you get a confirmation from them, you can kick start your hunt, knowing that there will be no problems down the line if you happen to get lucky and big win.

Another thing to keep in mind is that you shouldn’t really do this when you’re playing with bonus money. Casinos have pretty strict rules with regards of what you can and can’t do with bonus cash and doing these types of hunts is often walking the thin line. If you’re going to hunt for slot bonuses, rather do it on raw cash and stay on the safe side.

Give Your Gaming Experience a Boost!

If you’ve never done a slot bonus hunt yourself, you should definitely give it a try. It can be one of the most exciting and rewarding gaming experiences out there, especially when you go on a good streak and manage to trigger a bunch of bonuses without having to spend too much. Of course, as suggested, make sure the casino you’re doing it on allows it and have a blast. While gambling is all about luck, changing things up a bit could be just what you need to turn your luck around!