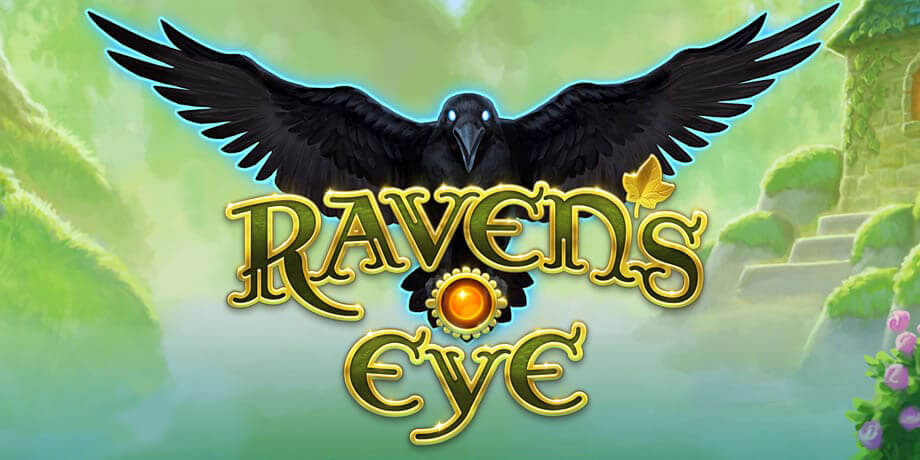 Raven’s Eye is a new slot game powered by the Thunderkick software where players get to uncover a mysterious world of Druid and Raven and enjoy huge payouts. This mystery-themed slot release comes packed with 5 reels and 30 paylines accepting stakes from 0.10 up to 100 credits on all gaming devices. Raven’s Eye slot is packed with loads of Mystery Symbols which can transform into regular symbols.

Furthermore, there is also a rewarding bonus game during which players collect orbs to add more mystery symbols. Apart from being loaded with payouts and generous extras, the game also looks beautifully crafted. Those players who prefer high-quality games with a lot of winning potential should check out other popular Thunderkick releases including 1429 Uncharted Seas, Bork the Berzerker, Toki Time, Barber Shop Uncut, Fruit Wrap, Full Moon Romance, Pink Elephants and Well of Wonders.

In addition to featuring all sorts of mystery-themed, a bit spooky symbols, Raven’s Eye also features Celtic-themed symbols including mystery ravens which transform into other, higher-paying symbols. Looking from a visual standpoint, the Raven’s Eye offers a true delight packed with state of art graphics, remarkable visuals, and interesting sound effects.

There is actually a very special soundtrack playing in the back perfectly matching the game’s backdrop showing woodlands with a massive castle in the distance. When it comes to the symbols included in the game, players will come across mysterious Druids, four nature elements including water, fire, earth, and air as well as standard playing cards which act as the lower-valued symbols.

The most valuable symbol in the game is the female character, Druid. Landing five of these symbols on a payline yields winnings worth up to 12.5x players’ stake. The same winnings are offered for landing five wild symbols. Wilds as usually have the responsibility to substitute for standard symbols. The main attraction of the Raven’s Eye slot is its Raven Mystery Symbols mode.

As soon as mystery symbols hit the reels, they are transformed into other symbols including wild symbols. Basically, this mode brings more generous winnings. There is another interesting bonus feature triggered by landing mystery symbols on three or more reels. During this bonus mode, players get 10 free spins. Moreover, they also collect Raven Orbs to fill the meter located on the screen.

Once this meter is filled, the symbols included become mystery symbols for the duration of the bonus feature. It should be noted that this bonus mode can be triggered up to five times which brings 25 free spins in total.

Raven’s Eye is a medium volatility slot with an RTP of 96.1%. Thanks to its generous bonus features, it can deliver winnings worth up to 375x players’ stake.

Raven's Eye slot is available now at Casumo Casino and it will be released on all casinos with Thunderkick games from 19 June.