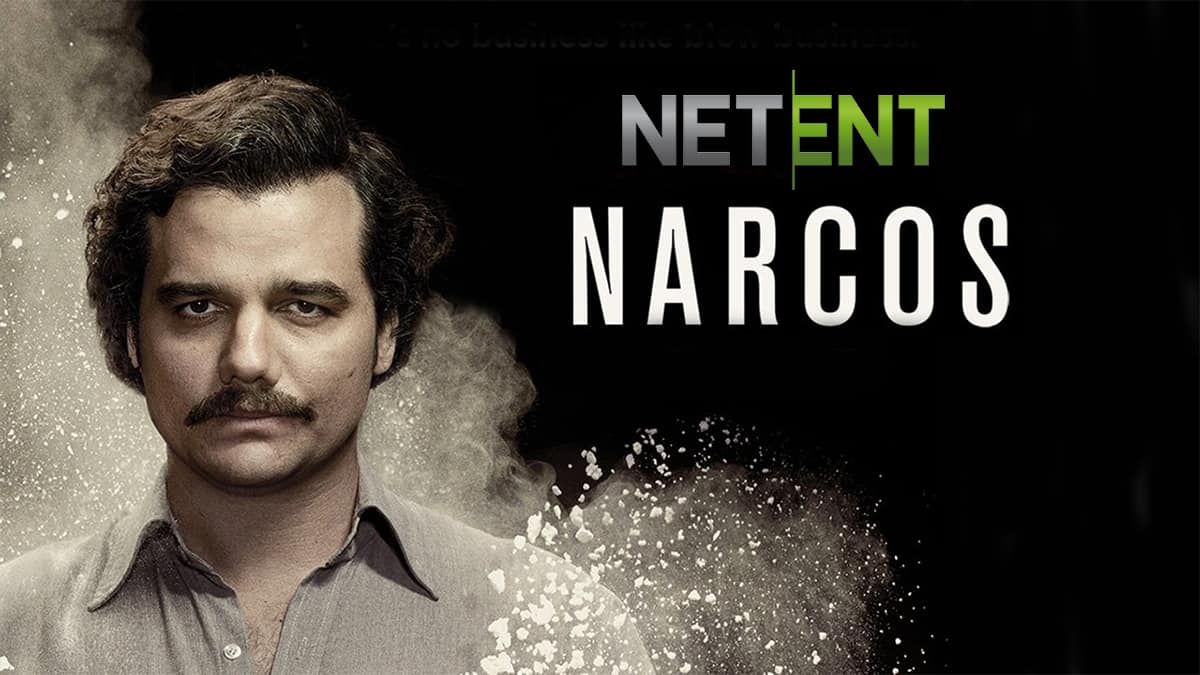 One of the most iconic kingpins is brought to life in the new Narcos slot running on the NetEnt software. The game is set to be released on 23rd of May when it will be available at all NetEnt-powered online casino venues. What we know so far about this NetEnt release is that is packed with 5 reels and 243 paylines bursting with bonus features as we are used to seeing in NetEnt-powered games. As expected by the game’s title, it is inspired by one of the most popular Netflix series of the same name.

Inspired by crime series of the same name, the Narcos slot is one of the most anticipated NetEnt releases. The game depicts the Narcos crime-packed drama revolving around Pablo Escobar. Looking from an aesthetical point of view, the game looks just like the series which is inspired it. Following the cocaine trade in South America, there is definitely a gritty vibe added to the game. The Narcos slot features all familiar characters including Pablo Escobar himself who appears alongside other theme-related characters such as cash rifles, guns, grenades, flamingos, airplanes, DEA agents and standard playing cards.

When it comes to the game’s bonus features, players will not be disappointed. This NetEnt release comes packed with valuable wild symbols depicted as the DEA badges which replace regular symbols on the reels. Furthermore, when players score winnings with wild symbols, the game’s Walking Wild mode is triggered. During this Narcos bonus mode, the wild symbols remain on the game's reels while shifting one place left horizontally with every spin. This mode continues until no more wild winnings are scored.

During Narcos slot base game, players can also take advantage of the game’s Drive-by mode that is randomly triggered. During this mode, some of the high-valued symbols are transformed into wild symbols. Moreover, Narcos slot also features another interesting bonus, the Locked Up feature. This mode is triggered by landing three or more of the locked up symbols on the same row. Once triggered, these special locked up symbols move together offering generous winning multipliers worth up to 10x players’ stake.

As expected, the game is also packed with a free spins mode which is triggered by landing three or more of the game’s scatter symbols on the reels. On each free spin, one of more higher-valued symbols randomly transforms into wild symbols offering bigger payouts. Narcos slot is a medium variance game with an RTP of around 96.23% and bets allowed starting from 0.20 up to 400 credits. Thanks to the game’s bonus modes, players can score winnings going all the way up to 1.506x their total stake.