The Gaming Innovation Group or GiG is a truly innovative online casino provider which emerged on the online gambling scene in 2012. The company is primarily dedicated to making the entire iGaming industry a truly open, very much connected web gaming eco-system, which will actually benefit everybody including players, online casinos, and online casino providers.

While the company was launched and started operating in 2012, it was actually founded earlier in 2008 with headquarters in Malta. Back in 2017, Gaming Innovation Group actually announced that they will launch their personal game development studio with plans to release at least three games initially.

This Gaming Innovation Group subsidiary is actually working under its name GIG Games. The company is determined to release six to eight games every year. They also plan for their games to be available over their private network as well as at third-party operators. Everything done by Gaming Innovation Group actually speaks greatly of the company especially as it tells us that GiG is truly disciplined when it comes to making their goals come true.

Gaming Innovation Group is actually one of the largest companies of this kind operating in the world of online gaming. While the company has been present in the industry for quite some time, it only recently decided to become an online casino software provider joining other prominent names. Following the company launching its own game development studios named GIG Games, many prominent brands operating in the industry decided to add their games to their gaming libraries.

Gaming Innovation Group Casino List – Where Can I Play?

Players who are looking forward to trying GiG online slots can do so at a number of venues. Some of these venues definitely stand out from their competition including Rizk Casino, Thrills Casino, and Guts Casino.

Rizk Casino opened its doors to the public pack in 2016 which means it is one of the new kids of the block. Despite the fact that the casino has been present in the industry for a relatively short time period, it has proven its reliability and trustworthiness.

Thrills Casino is another big name in the industry owned and operated by Betit Operations Ltd Casinos. The casino has been present in the industry since 2013. It is a fully licensed and regulated venue holding several licenses issued by the most prominent online gambling governing bodies including the Swedish Gambling Authority, UK Gambling Commission, Curacao, and Malta Gaming Authority.

All of the Gaming Innovation Group slots are neatly rendered packed with top-notch graphics, carefully designed symbols, as well as remarkable animations and engaging sound effects. The company has developed a relatively small number of games, but all of these games come packed with modern features which actually mean more winning opportunities.

Some of their games are highly unusual such as their Fruit Slot which is actually a roulette-inspired game featuring a classic arcade gaming grid packed with bright colors and glossy surfaces. The game also requires strategic betting which is not something usually seen in these types of games.

GiG is definitely one of the biggest names in the industry although their gaming portfolio still has a long way to go to reach the number of titles developed by some of their closest competitors. With heaps of experience under their belts and the kind of dedication the developers from GiG have demonstrated so far, we’re looking forward to seeing what’s coming next.

Welcome to Betroom24 Casino! Register Today and Receive a Casinodaddy EXCLUSIVE Bonus of 130% up to €200 on Your First Deposit Maxbet €4 with 50x wager. 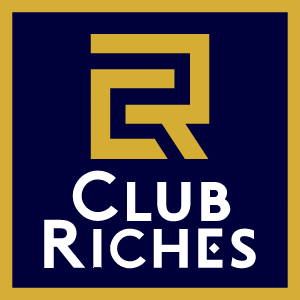 Welcome To Simple Casino! Sign Up For Your Fresh Account Today And Qualify For A Handsome 100% Up To €500 Welcome Bonus.