This is a game provider that possesses an enormous amount of knowledge as they have been around for a very long time. Since they already in 2002 started the development of casino games under the company name Blue Wombat Group. In 2008, Games Lab was incorporated, and this Australian company has a phenomenal talent for slot creation. Where it is really vital for them to make the gaming experience as good as possible. The interesting and fascinating thing when they develop games is their feeling and professionalism in creating characters and landscapes that are not the same as the previous game. Since developers usually stick to a style that they feel comfortable with, Games Lab instead shows continuously how they master all sorts of scenarios. Where they manage to capture the player in such a good way that you feel present in the environment in which the game takes place.

They create casino games for their own benefit and also according to different customers' requests, where they use their unique way of creating games to be able to meet their personal preferences. They have currently created over 300 unique slot titles for these clients.

The really exciting thing about this game provider is that they don’t let their creativity be limited to just one type of online games. Because they also create games for the social channel Facebook and for iOS and Android. Where their deployed Slots central had over 24 unique slots already at the launch in the year 2013. They also create Tactical card games, casual apps, comic apps and many more various mini games.

Through a collaboration with Yggdrasil & ReelPlay, they were able to expand their slot creation even further by using the Infinity Reels mechanic. Where we truly saw an exciting fusion of a wonderful mathematical model and a spectacular design in the slot Royal Dragon Infinity Reels.

Where to play games from Games Lab

You really notice that this Australian company has been developing games for a long time. Since the slots they create have an extremely high precision. The landscape, the theme as well as the mathematical model are incredibly important parts that need to match well. This company is so exciting to follow since they often take on different challenges in the form of themes and games. Where we can see them developing a lot of apps for Android, iOS and Facebook users. Their ability to move smoothly between different platforms and game types is probably the reason why they are so unique, and above all what makes it so exciting to take part in their journey through different games.

Welcome To LocoWin Casino! Register Today And Receive a CASINODADDY EXCLUSIVE 175% bonus up to €350

Welcome to UltraCasino! Daily rewards - Does not matter if you win or lose or how big your stakes have been, Ultra will reward you! 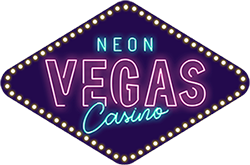