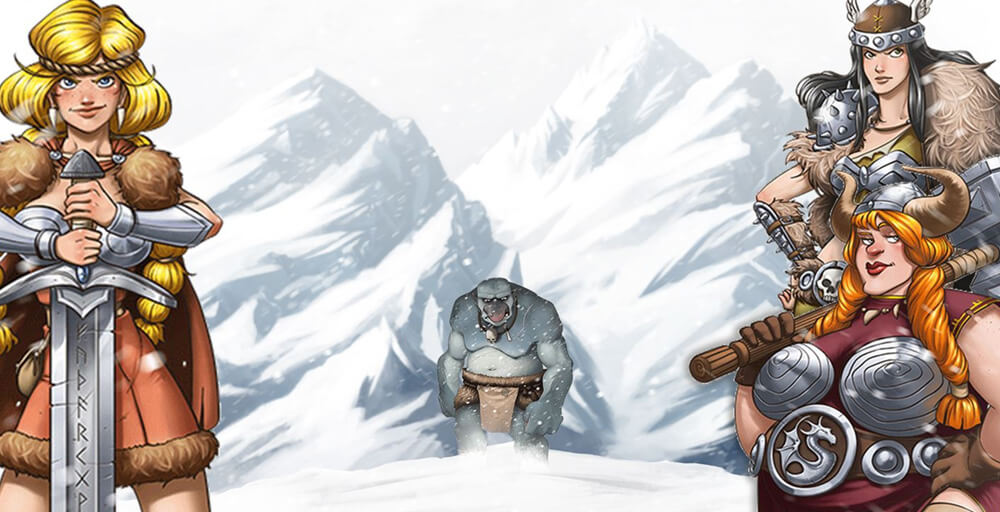 This is yet
another game crafted by Play’n GO with a unique cascading reels system in which
your winning symbols are removed from the reels and replaced by other falling
symbols, which commonly results in multiple winning combos. Besides being truly
rewarding, the game is also packed with captivating visuals and top-notch
graphics, offering a highly memorable online gaming experience.

Norse Theme
at Its Best

As already
mentioned, the Troll Hunters video slot is yet another Norse mythology-inspired
game packed with high-quality visuals and 3D graphics. The game features
cascading reels and nicely crafted Norse mythology symbols such as beer mugs,
Viking ladies, earrings, meat hunks, and other symbols, all matching the theme
of the game perfectly. As you hop on this highly rewarding virtual journey, you
get to witness those ruthless Viking battles, as you take advantage of Troll
Hunters bonus features that may be very lucrative.

As you wander
throughout those Scandinavian lands depicted in the game, you also get to enjoy
snow-topped mountain views with a clear blue sky depicted into the distance.
This is one of the chilliest parts of the world, so the game’s sound effects
boast mysterious, haunting sounds and tunes, which also accompany you on your
adventure.

The Troll
Hunters video slot comes packed with a unique cascading-reel system. During the
gameplay, you get to score winning combinations as soon as you land vertical or
horizontal matches containing at least three symbols. Your winning symbols
disappear and there will be a Wild symbol placed in their place, which commonly
results in more winning combinations. Besides this rewarding reel system, the
game is also packed with the Troll Hunters Free Spins bonus feature.

During the
gameplay, besides the reels, you will notice the Bonus words. Once you uncover
this whole word, your trigger the Troll Hunters Free Spins mode. Once you get
there, you will immediately receive 8 Free Spins. During this mode, you need to
land winning combinations with five symbols as every symbol here acts as the
game’s Scatter. Moreover, landing one or more of those Troll symbols during the
Free Spins mode will get you additional Free Spins, so you could end up playing
up to twenty Free Spins.

As you go troll
hunting with the Troll Hunters
, you get to enjoy lucrative Troll
Hunters bonus features, awesome multipliers, and plenty of Troll Hunters Free
Spins. With these greatly rewarding extras present in the game and with the
game’s stunning visuals, which can keep you hooked for hours, this journey is
definitely worth taking.