A popular theme, Pharaoh’s Tomb by Novomatic is based on Ancient Egypt, and who doesn’t like the drama and vengefulness of the gods of that time period or getting to explore ancient tombs in search of buried treasure?

Like many Novomatic games, Pharaoh’s Tomb is a five reel slot with twenty paylines. The dark reels are etched in Egyptian style shapes and all of this is set on a dark blue background with what looks like ancient carvings on the wall. The whole area looks like that of a tomb.

The symbols also follow the theme. Lower values are represented by the standard playing card symbols, J, Q, K and A and all are drawn in stylized ancient looking letters in bright shiny colours. Higher value icons are a green scarab beetle, a golden ankh, golden snake, wings, a bird and some Egyptian style water. The Pharaoh is of course the wild and the Pharaoh’s tomb logo is the scatter and features heavily later on in the game.

How to Play Pharaoh’s Tomb

Journeying into the dark for mysterious lost treasure makes for a fun adventure but players need to be aware of what is at stake. Firstly there is a minimum of four coins per line and a maximum of one thousand. However the minimum and maximum coins size is just one. There is decent jackpot asset at 2000 coins but sadly it is not a progressive one. As with many Novomatic slots, Pharaohs Tomb has an
of 95.08%, which is a rather generous one and gives players more winning opportunities during game play.
‍

There are plenty of bonus features here. First off even in the base game there is a small bonus. The Pharaoh wild will actually expand when it appears on every reel and then it will substitute for all the other icons apart from the scatter icon. This will really help to raise winnings.

Of course though, the main feature is the free spins bonus. The free spins are activated when three of the game logo scatter symbols land anywhere on any of the reels. Achieving this will pay out twelve free spins. During this time players should pay attention for the wild symbol, as it will turn into a sarcophagus on the reels. This will offer up the most valuable of the game symbols. The least valuable symbols will then be removed and replaced with the one that is the next highest. This occurs every single time a player gets a wild on the reels. In addition to this, players can actually win an extra four free spins. This will happen if players can get three more scatters or the wild feature to occur during this bonus round.

A medium variance game, Pharaohs Tomb has some decent graphics and a good soundtrack. There are some excellent wins to be had but the high variance does require a little bit of time and patience to achieve them. Who said searching a tomb was easy? 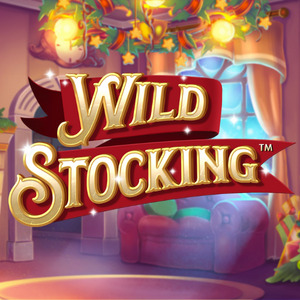