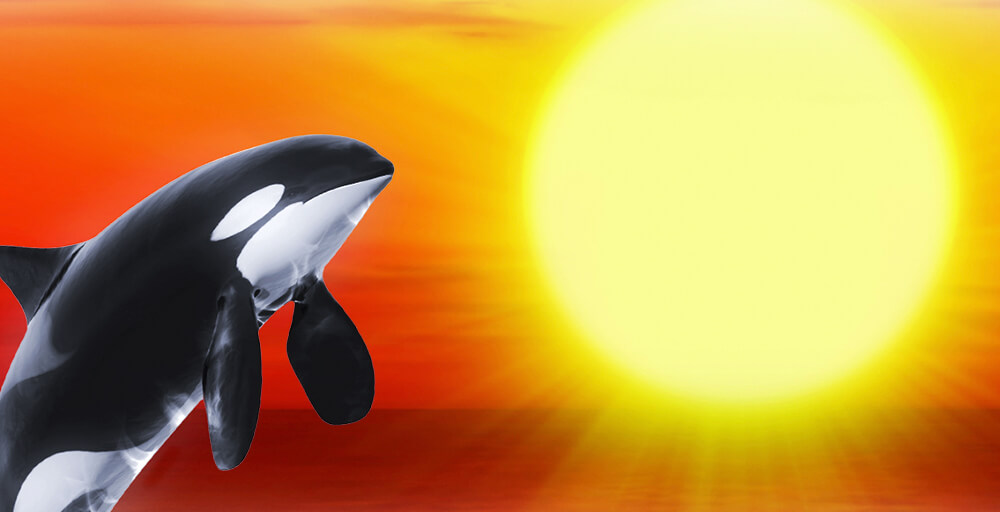 As the name suggests, this latest slot from Novomatic is based on the stunning yet deadly killer whale. Themed around the sea, this slot has five reels and fifty paylines available. All of this set on a beautiful serene backing of the ocean floor. There are rays of sunlight shining through from above, lighting up the reels. All the symbols that are played in this game follow the theme of sea life. There are various different types of fish, sea lions, and penguins; and of course an orca. There are also the lower value symbols that are represented by the standard playing card numbers, 9, 10, J, Q, K and A. The orca icon is the most lucrative of all the symbols and landing five of these on the reels can win twenty times the amount of the player's total stake. In addition to this, if players can achieve filling the reels completely with matching orca symbols, then a huge bonus jackpot is on offer and can end up being 1000 times the player’s original total stake in the game. There are of course some special icons in play as well. There is a wild, which is represented by a golden mask, and a scatter, which is an orca’s tail. Both of these offer access to further options in the game.
‍

How to Play Orca

Players getting ready to dive into this ocean slot need to know a few little details in order to enjoy the game to its fullest. Firstly there is a minimum bet of 0.5 coins with a maximum of 100 coins. There is a jackpot on offer, but it is not a progressive one. It is a big one, however, and stands at 50,000 coins.

There aren’t really any themed bonuses in this game, but of course there are a few features such as the Free Spins option. The scatter in the form of the whale tail needs to be landed on the reels a minimum of three times, but only on the first three reels. This can win the player four times their total bet. It will also activate the free games feature and also an additional ten free spins. At this point in the game, if some extra wilds land on the last four reels during the Free Spins; these will add up and make a rather large impact on the game during the last few free spins. Also, landing an extra scatter on the first three reels during this section of the game, will award the player with yet more free spins. Five, to be exact, bringing the total number of free spins up to fifteen.

Overall, this slot is a rather volatile one. Wins and losses come on a regular fluctuating basis. Generally this game should be attempted by those with a larger bank account that can balance out the highs and lows of this rocky ocean game. A fully immersive game, it comes with an excellent soundtrack, with the sounds of the ocean thundering in the player’s ears, a sonic counterpart to the excited heartbeat of the player themselves.