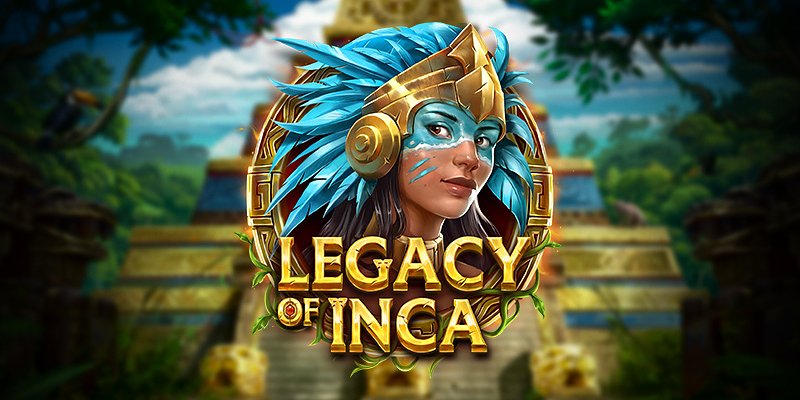 Legacy of Inca is a new casino slot from Play'n GO, taking the player to Cocicancha, the most important temple during the glory days of the Inca Empire. Coricancha means "The Golden Temple" in Quechua, an indigenous language spoken by the Quechua people primarily living in the Peruvian Andes. The temple was dedicated to the sun god Inti, who was seen as the national patron of the Inca state.

The ancient temple holds the riches of the Incan King, and your job is to find your way into the sacred center of the temple, where gold coins can reward you greatly. Temple Scatters trigger the free spins, and the number of spins is decided by the Wheel of Gods. The most successful players can even trigger Temple Spins, a boosted free spins feature within the free spins. To your help are the huntress, warrior, and shaman, ready to do what they can for you.

Coricancha lies in the Peruvian city of Cusco, with about 400,000 inhabitants. It is a big tourist destination, and the temple has a short-trimmed grass field outside the impressive building. However, this game takes you back to when the temple's surroundings were a jungle. There are tall green trees and plants next to the impressive temple. The reels sit in the middle of the screen portraying big symbols. To make a win, you need to land at least 3 of the same symbols on a payline, starting on the first reel to the left. The game is available on mobile phones, notepads, and desktop computers.

What is the max win in the slot Legacy of Inca?

What features are available in the slot Legacy of Inca?

The Wild Symbol is an amulet with a man sticking out his tongue. It substitutes all symbols except the Scatter, and it's also the best-paying symbol on its own. Landing 3, 4, or 5 symbols awards 5X, 16X, or 750X the bet.

The Scatter Symbol is a temple with a pyramid shape. Landing 3 or more triggers the free spins. The Scatter also pays 1X, 5X, 20X, and 100X the bet for landing 2, 3, 4, and 5 symbols. Landing 2 Scatters in the Free Spins triggers the Temple Spins.

Legacy of Inca takes us on an adventure to the holiest of temples in the Inca Empire. It stands in the middle of a jungle with dangerous animals and face-painted indigenous people. There's an uncountable amount of slots focusing on the Aztecs, who lived in today's Mexico before the Spaniards arrived in the 1500s and wiped out the culture. Azteca: Bonus Lines and Aztec Blaze are examples of all the titles. But the casino world has overlooked the Inca Empire, which was thriving on the west coast of South America, concentrated in today's Ecuador.

One of the few previous Inca games is Secret City Gold, which also is set outside a temple. The game has a Shape Wins feature, letting the player make wins in shapes that don't have to start on the first reel. The most lucrative feature in Legacy of Inca is the free spins, where you can get up to 9 Wilds on each spin. Two Scatters in the feature are all you need to trigger the even better Temple Spins, where the Wilds from the previous spin are kept.

Legacy of Inca has a good RTP of 96.29%, but be aware that Play'n GO also releases several other versions with lower RTP. The max win of 6500X is also good for this medium-volatile game. It's actually higher than many games with high volatility.

Legacy of Inca from Play'n GO takes the player hunting for riches in the holy golden temple Cocicancha.