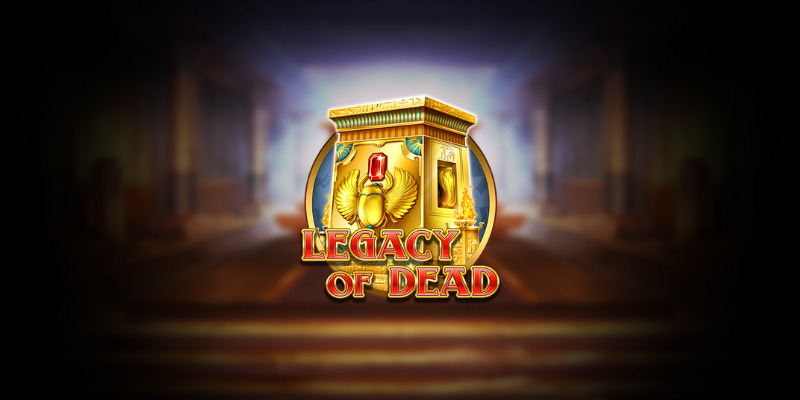 Another Egyptian-themed slot game has seen the light of day. The popularity of these never seems to drop, which is why Play’n GO released Legacy of Dead, a 5 reel slot, with 3 rows and 10 paylines. It is a high volatility game, which means that the payouts are promising. With some great graphics and features to go with the game is worth taking a look at.

Search through a Dark Chamber

Ancient Egypt is known as one of the most commonly used themes for slot games. There is mostly no element of surprise appearance-wise anymore, and choosing the game to play comes down to which game offers better payouts and features. The game is using a common theme, but it does have some interesting bonuses that surprise at times.

The main scene of events is a burial chamber. They are used commonly because it is known that they carry many personal and valuable belongings of the person buried in them. Like most games, this one has a scary vibe as well, but it also looks very majestic and like it holds many precious things that wait to be taken. There are fire lamps on the sides which light up the walls filled out with hieroglyphs. It is a classic pretty picture, but with a creepy feeling to it.

The graphics are pretty good and the soundtrack is very heroic. It consists of mysterious drum music which contributes to the scene quite well. Some of the characters include the regular royals rimmed in gold as the low paying symbols. Then there are Anubis, Horus, Tutankhamen, and a Pharaoh as the high paying symbols. The game's wild and scatter symbol is represented by the burial chamber.

This is a high volatility game which means that the player should be surprised with some great payouts. The player can bet a minimum of 0,10 and a maximum of 100 coins per spin. The wins in the base game go as high as 5000x the stake which is great. The game also has a 96,53% RTP which is set at a reasonable level.

How lucky is your Special Symbol?

The game has some interesting and creative features which make it fun to play. The main symbol of the game is the burial chamber. As a wild symbol, it substitutes for all other symbols in the game.

The second function that it has triggers the Free Spins round. When 3, 4 or 5 burial chambers appear anywhere on the reels the player gets 10 free spins. What’s great is that the player gets 2, 20 or 200 times the stake awarded depending on the number of scatter symbols on the reels.

There is also a special expanding symbol chosen randomly for the free spins. Whenever it lands on the reels it expands fully causing for a huge win. But the fun does not stop there because the feature can be easily re-triggered and every time that happens an additional symbol is chosen and given the ability to expand. There aren't many features, but they are quite great and bring in a whole lot of cash.

Chamber of Dead worth Looting

Overall, the game has shown itself as quite good. The appearance is something that players are used to, but it is carried out very well. The main focus here is definitely set on the features. There are not that many but they do an amazing job at assuring an incredible win. If you are one of the players who enjoy a high volatility game that does not stop to surprise with wins, this is the game to try.