This time we are looking at the work of Ash Gaming that partnered up with Playtech and made a great game. The long-awaited addition to everyone's beloved series Kingdoms Rise: Shadow Queen is due to be released. It has 5 reels, 3 rows, and 5 paylines in total. With some amazing and unique features, the game might just be the best one from the series.

Enter the Fantasy Kingdom of the Shadow Queen

If you enjoyed the previous releases then you will definitely love this one. The series has grown insanely popular and the new member will surely be welcomed the same way. The design of the game is incredible as expected with an interesting fantasy theme allowing the designer's creativity to roam free and create an amazing game.

The background is quite simple but detailed at the same time. You will find yourself in front of what seems to be the sealed entrance to the kingdom. It kind of looks like a safe with a golden lock combination on it. The reels are placed right in the middle of it, so just spin the reels and get to the kingdom. The soundtrack contributes to the fantasy theme a lot as well, with some mysterious and energetic music.

The symbols are the best part when it comes to the appearance of the game. Instead of the royals serving as lower-paid symbols, we have different colored gemstones, spell books, and potions. The higher-paid ones include different characters representing ice, fire, and earth. The game also has a wild symbol that appears as the Shadow Queen herself.

The payouts will definitely deliver some smiles along with them, at least judging by the previous releases and considering the possibility of landing a jackpot. The betting range and RTP are unknown at the time, but expectations are pretty high here as well. It will probably be a highly volatile game which is always a lot of fun.

The Shadow Queen Will Reward Greatly

There is not that much information available on the features either, but hopes are high that they will be satisfactory as well. The previous features that we had the chance to encounter in this series have been very creative and unique, therefore nothing less is expected with this release from the trusty providers.

As we already know, the game's wild symbol is represented by the Shadow Queen and she replaces all other symbols except the scatter symbol. She can also appear as a stacked wild, occupying two or three positions and raising the chances of scoring some amazing winning combinations. There is also a Free Spins feature promised, which is the best part of these games.

The game will also use the Token System which is typical for the series. You will get to collect the golden tokens that land with some of the symbols and afterward shop for features. It is definitely a great idea and allows you some control over the features.

Not much information is put out yet, but the game sounds like a very promising one. We already have the previous releases that did so well with the public and received many likes that reassure us that this one can only be an improved version. The features are the star of the show, even though this is a fantasy-themed series, so greatness is to be expected in that area as well. Overall, the game should be able to provide some amazing payouts. 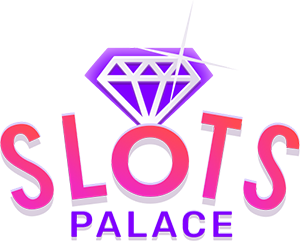