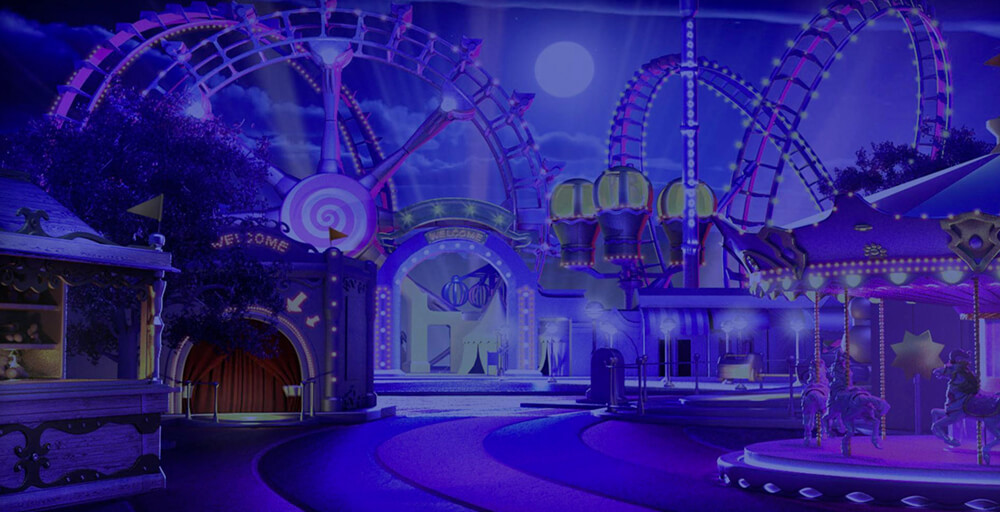 Yggdrasil’s Jokerizer Casino Slot initially looks like one of the more traditional slot games, but in addition, there are some little hidden embellishments that definitely appeal to many players. The classic theme is utilized here, the game being glossy, shiny and vibrantly coloured, appealing to many an old school player. It is full of the typical fruit machine symbols, harking back to an era of land-based slots that many are familiar with.

Jokerizer is a five reel slot game, but has only ten paylines. However, this is where we find one of the aforementioned differences. Jokerizer has five of the paylines working left to right, and the other lines run the opposite way, right to left. All this is set on a slightly eerie fairground backing; the eerie part being that there appears to be no one else other than the player anywhere to be seen. In keeping with the traditional games, there are six main icons in use here. They’re all brightly coloured as befitting a fairground, joker-themed slot, and include the iconic cherries, bells, sevens, grapes, lemons and purple stars. The final symbol is the Joker himself, and he is the scatter (there is no wild in this game). The Joker only turns up on the three central reels and activates all the bonus features that are on offer.
‍

There are a couple of small details that need to be covered before players should immerse themselves in this latest Yggdrasil release. First up is the minimum and maximum coin per line, which is set at 1 in this game. Minimum coin size is set at 0.1 with a maximum of 2. A decent jackpot is available, though it is not a progressive one. This is set at 6000 coins, which makes it a decent win for any player. Lastly there is an incredibly enticing
set at 98%, which is possibly one of the highest on offer in any online slot.
‍

There are a couple of bonus options to be found in Jokerizer. The first is the Joker Mystery Win. This is activated when the player can land three of the joker icons on the centre three reels. When this occurs in the base game, the Mystery Win is triggered. Prizes can range from 1000 coins all the way up to 6000 coins. Any three in a row that are vertical or horizontal will automatically win the player 6000 coins.

The second bonus is the Jokerizer Mode. This is the section that really entices players to this game. It offers players a chance to play this bonus every time a win is landed. Players can collect their winnings, or, to set this phase of play in motion, press the Joker button to activate this part of the gameplay. Each spin costs 20 coins and this sum is removed from the amount of coins won when triggering the spin. There is a much higher chance of winning when playing the Jokerizer round, and during this time only two of the Joker symbols are needed to activate the Mystery Win. This will also land more often, however the prizes start at a lower level. Thankfully they still have the same maximum of between 20 and 6000 coins.