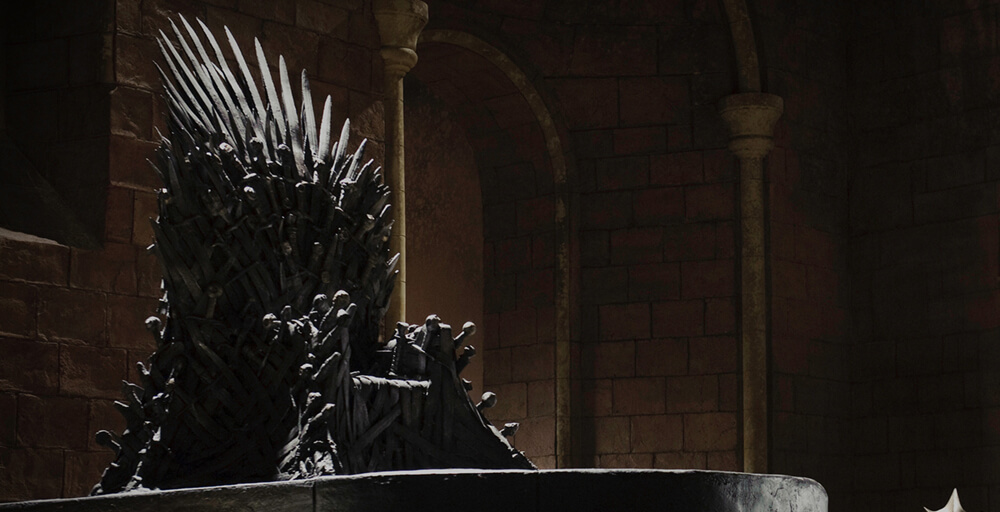 There hasn't been a television series that has come out lately that can even compare to Game of Thrones 15 Lines casino slot in terms of storyline and complexity. While watching the show, it is very easy to imagine yourself in the shoes of the characters and that makes the experience even more incredible. The slot from Microgaming which bears the same name and theme as the popular show is equally impressive. Microgaming has been in the online slot game for many years, and that experience is clearly evident when you look at the 15-line Game of Thrones game.
‍

The Scatter symbol on Game of Thrones 15 Lines casino slot is none other than the Iron Throne made of swords that is at the centre of all the action in the famous TV series. Getting two scatters anywhere on the reels in this game rewards players with random cash prizes, which is something we have not seen a lot of in the past. It’s nice to see that the game makers decided to throw in an extra feature like this to keep wins coming in a bit more often. The Scatter also acts as they normally do in slot games, with three, four, and five showing up anywhere on the reels leading to Free Spins. Free Spins in Game of Thrones can be retriggered as well which means that players could theoretically keep spinning for free all day long.

The Free Spins come with another interesting feature. Once they have been triggered, the player is taken to a screen where he or she can select one of four Game of Thrones Houses as the theme of their Free Spins mode. The Houses available for selection are the House of Baratheon, House Lannister, House Stark, and House Targaryen. Each choice comes with varying levels of difficulty and they all offer a slightly different reward package. In our opinion, it is nice to see so much variety in the Free Spins mode for a change.

The Wilds are also quite exciting in this game. There is one Wild for each of the above-mentioned houses and they stack to provide players with very nice multipliers.
‍

Another new feature on Game of Thrones 15 Lines is the Gamble Trail Feature. Sure, we have seen plenty of Gamble modes in the past, but this one is levelled, making it feel a bit like a jackpot journey. This feature works by selecting either heads or tails on a coin flip, and for every correct guess the winnings that triggered the Gamble mode are doubled. This continues until the Gamble limit is reached. What’s really nice about this feature is it gives players the opportunity for a 50-50 chance at winning, which isn’t all that common in the world of slots.

While this game has a set fifteen-line betting system, the coin values can be adjusted quite a bit, separating the minimum and maximum bets enough to satisfy all types of players. Added to that there is a jackpot possibility of 30,000 max coins which bring plenty of focus to such a well-executed game.