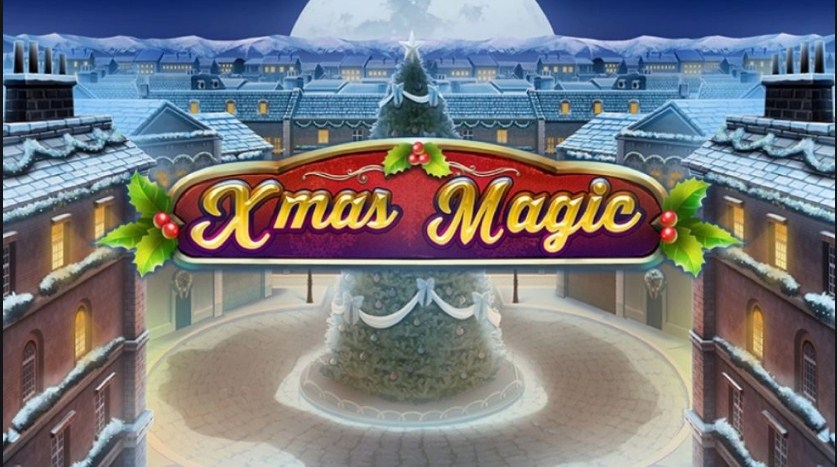 It is finally that time of the year when online casino software developers are introducing their new Christmas-themed, festive slot games. One game of this kind is the Play’n GO-powered Xmas Magic slot which will be released in November. This quirky, festive game is packed with 5 reels and 50 paylines. The game’s RTP stands at around 96.5% while the variance is in the high range.

The Xmas Magic slot features stacked symbols as well as loads of free spins that come packed with extra wild symbols for more generous winnings which go up to 4,000x players’ stake. The game is accessible via all devices from 0.01 up to 100 credits per spin which makes it perfect for every, even the smallest budget.

Needless to say, the Xmas Magic slot has a festive, Christmas theme which appeals as the holiday season approaches. Asides from its generous bonuses, the game also looks beautifully rendered. Recently, the game’s developer has released several interesting games which are worth checking out including Cash Pump, Rainforest Magic, Demon, Mission Cash, Inferno Joker, and Hugo’s Adventure.

Looks-wise, the Xmas Magic slot looks beautifully rendered packed with all kinds of festive, holiday-season inspired symbols including Christmas mistletoe, stockings, candy canes, hot chocolate cups, snow globes and royals which act as lower-valued symbols. The most rewarding symbol is mistletoe which brings winnings worth up to 20x players’ stake.

It should be noted that these symbols land as stacked symbols which appear four-symbols high. The Xmas Magic slot also features wild symbols that land on reels two, three, four and five. They replace other symbols except the game scatters and they bring winnings as the most rewarding regular symbol. Onto the game’s bonuses, The Xmas Magic slot features a Free Spins mode that players trigger with landing the game’s scattered Santa Claus symbols.

The Free Bonus mode is triggered with landing at least three of these on reels one, two and three on the same spin. Once triggered, the bonus brings 10 free spins as well as a great 4x stake winning. What is even more, on every free spin, the game adds two extra wilds on reels two through five which creates massive wild stacks on the game’s reels.

Landing three extra scatters re-triggers the Free Spins bonus and awards 10 more free spins which makes a total of 20 free spins to enjoy. All in all, the Xmas Magic slot is an enjoyable game which will appeal to players who like cheerfully, festive games packed with bright, colorful visuals. Those looking for a game which is winter holiday suitable should try their luck on this Play’n GO release once it becomes available in November.