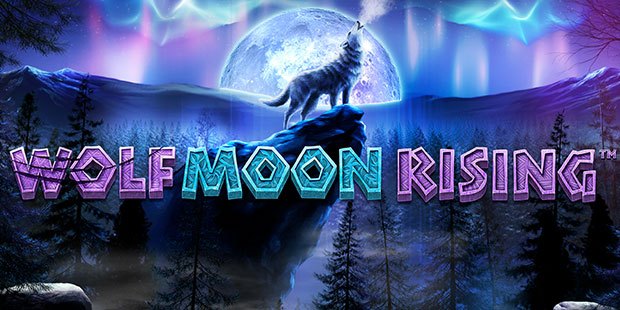 The Wolf Moon Rising slot is an excellent BetSoft release inspired by native people and North American wildlife. Hence, here players come across all sorts of wild animals such as bobcats, buffalo, eagles and wolves and much more. The game features 5 reels and 25 paylines with a great RTP of 96.53% and betting range starting at 0.25 up to 5 credits.

Just like other BetSoft-powered online slots, its Wolf Moon Rising slot is playable across all gaming devices. It is worth mentioning that the game pays both ways during its Free Spins bonus mode. What is even more, its high volatility spinning actions yield super-sized rewards which will definitely get players very interested.

Besides these extras, with the Wolf Moon Rising, players can also benefit from Elemental Wilds and loads of Wolf Moon Fortune offered instant winnings. All in all, players could potentially scoop winnings worth up to 20,196x their total stake which equals to $100,980 in cash. Players interested in other BetSoft releases should definitely check out the company’s A Night in Paris, After Night Falls, 4 Seasons, Barbary Coast, Black Gold, Captain Cash, Frog Hunter, Gold Diggers, Gypsy Rose, Jackpot Ultra, Legend of the Nile. Madder Scientist, Ogre Empire, and Reel Outlaws.

As previously mentioned, the Wolf Moon Rising slot features high volatility gaming sessions which can definitely deliver loads of big winnings. As suggested by the game’s name, its main character is a white wolf. The game’s visuals and graphics are truly stunning with its backdrop depicting a remarkable landscape set at night with the Full Moon in the distance. Besides featuring the main star, the white wolf, the Wolf Moon Rising slot also features other wolves, eagles, buffalo as well as mountain lions.

During their gaming sessions, players will also come across other symbols such as signs and artifacts inspired by Native Americans. Besides these higher-valued symbols, there are also standard playing cards acting as lower-valued symbols. As players hop on this journey and finally visit the wilds of stunning North America, they get to take advantage of the game’s three bonus symbols including its Elemental Wild symbols which replace standard symbols as well as bring awesome prizes worth up to 10,000x players’ stake.

Players are also advised to keep an eye on the game’s wolf hunting images as landing only one of these symbols in any position pays out awesome prizes which are equal to the players’ total stake invested. This is known as the game’s Fortune Under a Full Moon bonus. Lastly, the game’s bonus scatter symbols depicted as Mythical Talisman symbols activate its Free Spins bonus.

This bonus brings 12 free spins as well as introduces the win both ways gaming system. Another extremely exciting bonus feature of the Wolf Moon Rising slot is its Fortune of the Pack gamble mode thanks to which players can opt to risk, gamble their winnings and potentially double their total prize.,