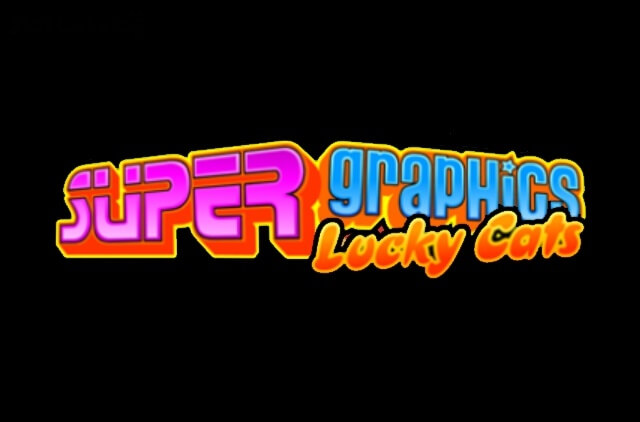 The game’s developer definitely did an impressive job with its Super Graphics Lucky Cats slot game. What will appeal to players is the game’s retro design which was introduced in other Super Graphics games. The main characters in the game are Satsuki, Queen, and King which we already met. The game’s reels are packed with a number of other brightly colored symbols depicted s fruits including watermelons, oranges, plums, lemons, and others.

During their gameplay, players should definitely pay attention to the white cat which once landed on the reels releases free spins as well as brings generous winning multipliers. As a result, players can benefit from a great 12x winning multipliers as well as up to 216 free spins. Thanks to this bonus feature, players can expect winning worth up to 500x their stake in addition to other fruitful payouts offered in the game.

The game is also packed with wild symbols depicted as the game’s logo. These symbols once landed on the reels can bring more winnings due to their power of replacing regular symbols. Both scatters and wilds can land in any position on the reels. Since the game is designed using the latest HTML5 technology, it can be accessed via any modern device including smartphones and tablets.

Super Graphics Lucky Cats slot is a medium variance game with an RTP of around 95.42% with bets allowed starting from 0.2 up to 100 credits per spin. With generous winnings going up to 500x players’ stake and a number of other perks, this Realistic Gaming release is definitely worth checking out.