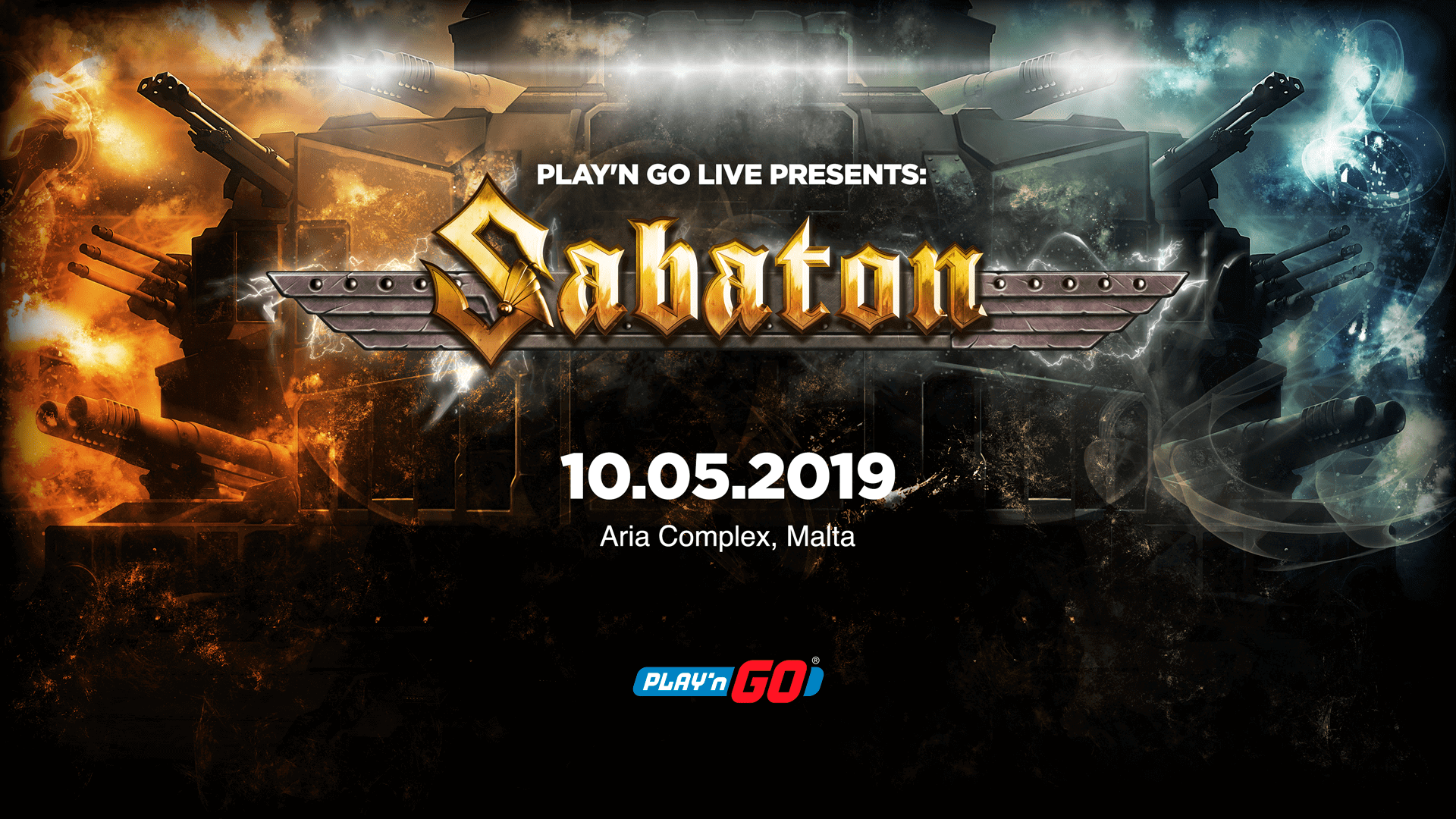 Packed with heavy metal tunes and some impressive jackpots, Sabaton slot surely has it all. The game is the latest Play’n GO release offering the deadly mixture of generous winnings, remarkable visuals and of course, some engaging background tunes. As players rock the game’s reels, they get to scoop winnings across 5 reels and 10 paylines. Sabaton slot is inspired by one of the most popular heavy metal bands of the same name.

As players press the start button on Sabaton slot, they join the band’s lead singer and other band members on their legendary adventure. The game is definitely loyal to its theme with an interesting backdrop which depicts a massive tank located behind the reels. The game’s symbols include lower-valued bullets, swords, grenades, and Roman helmets while higher-valued symbols include the Sabaton band members. The highest-valued symbol is the rocker worth up to 10x players’ stake for five landed symbols.

Sabaton’s lead singer Joakim serves as the game’s wild symbol. As expected, these symbols have a power of replacing regular symbols on the reels. Moreover, landing five wild symbols on the reels can yield winnings worth up to 100x players’ stake. During their gameplay, players can also benefit from the Mystery Symbol and Metal Stacks bonus features. Sabaton slot also features Mega Symbols depicted as the band members which once landed on the reels bring significantly enhanced winnings.

Furthermore, there is also the game’s Chained Reels bonus mode which randomly triggers. Once triggered, it displays matching symbols on two adjacent reels. Moreover, there is also another interesting bonus feature, the game’s Last Stand bonus mode which is also randomly activated. Once triggered, one or two reels become wild reels. As expected, the game is all about its Battalion Spins mode which awards 7 free spins in addition to triggering the Mystery Symbol and Metal Stacks features.

Sabaton slot is a high variance game with an RTP of around 96.50% and bets starting from 0.10 up to 100 credits per spin. With several valuable bonus features included, the game can yield winnings worth up to 5,000x players’ stake. It is available at Play’n GO-powered online casinos as of 10th of May.