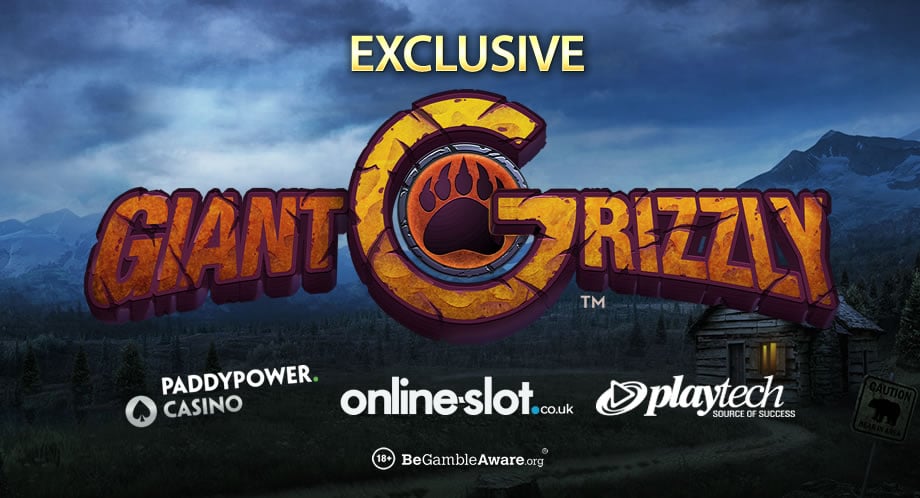 The Giant Grizzly slot is the latest Playtech release which focuses on exploring stunning wildlife. The game looks neatly rendered with a rather unusual display and an impressive mixture of bonus features. Its RTP is also favorable standing at 96.19%. The maximum prize players can win here is worth 10,500x their stake.

In addition to enjoying super highly volatile spinning actions in the Giant Grizzly slot, players also have a total of 432 paylines across 5 reels to scoop winnings. The Giant Grizzly slot is accessible via all modern devices including smartphones and tablets from only 0.10 credits per spin up to 500 credits.

The main game’s bonus features include its special Expanding Grizzly Wild symbols that appear as 3x3 symbols and the game’s Free Spins mode packed with up to 60 free spins and also special Rampage Wild symbols which expand and bring more winnings.

Crafted by the Sunfox Games software alongside Playtech, the Giant Grizzly slot definitely impresses when it comes to its design and visuals. Instead of offering a regular gaming setup, the game comes packed with a 4-3-3-3-4 symbols gaming grid with 432 paylines in total active on every spin. Since the game’s theme revolves around wildlife and animals, symbols featured on the reels include all sorts of animals which typically reside in North America.

Hence, on the reels, players will find salmons, rabbits, and grizzly bears which appear alongside less valuable mushrooms, berries, and royals. The reels of the game are crafted to look as they are made of wood, flowers and other plans to match the game’s theme. The backdrop shows a small wooden cabin located on one side of the reels and a massive totem pole located on the other side.

The most valuable symbol is the quirky moose offering winnings worth up to 25x players’ stake for five matching symbols. As previously mentioned, the game features several different types of wilds including its special Grizzly Wild symbols which replace the game’s scattered symbols that land on the three middle reels as well as collect rewarding cash prizes as depicted in the highlighted reel areas.

This bonus mode is named the Action Grizzly Wilds feature. Then, there is also the Giant Grizzly slot’s Expanding Grizzly Wilds mode which brings Expanding Grizzly Wild symbols that land behind those highlighted areas as massive 1x1, 2x2, and 3x3 symbols. Thanks to this bonus feature, players can benefit from three fully wild reels. The Giant Grizzly slot also features loads of free spins offered in its Grizzly Free Games mode that players trigger with three scattered paw symbols landed on the reels.

Depending on the number of triggering scatters, players can scoop 5, 10 or 15 free spins. It should be noted that during this bonus, players benefit from both Action Grizzly Wild symbols and Expanding Grizzly Wilds. Lastly, the Giant Grizzly slot features Rampage Wild symbols that expand on the reels and collect instant cash winnings located behind those highlighted areas. Besides, during this mode players can enjoy cascading winnings.