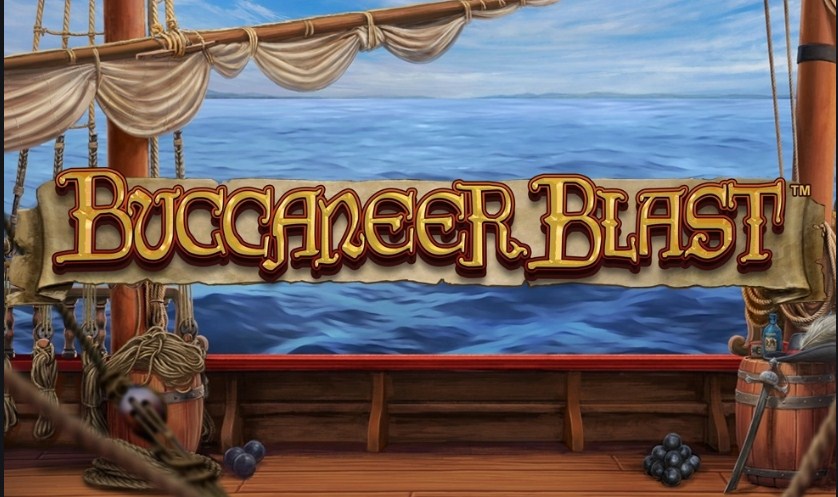 The game also has a favorable RTP of 96.15% while players can pocket a staggering winning worth up to 3,000x their stake. The main features of the Buccaneer Blast slot are symbol transformations, extra wild symbols, re-spins and several other surprises. Aside from offering generous winnings, the Buccaneer Blast slot also looks beautifully designed with an upbeat soundtrack and appealing visuals.

Players who would like to try the game can do so across all Playtech-powered online casino venues as of the 20th of August. Other Playtech-powered games which deserve a spin or two are Age of the Gods slots, Age of Egypt, Ace Ventura, Alien Hunter, Alchemist’s Lab, Asian Fantasy, Atlantis Queen, Astro Babes, Battle of the Gods, Berry Berry Bonanza, Captain’s Treasure, Buffalo Blitz, Cops N’ Bandits, Cosmic Disco, Dragon Kingdom, Easter Surprise, Five Tiger Generals and Epic Ape.

The game’s design definitely impresses as Playtech used the most modern, most technologically advanced graphical solutions. All in all, the graphics and stunning. As soon as players hit the play button, they join a quirky crew of pirates on their sailing adventure. Once here, players will come across neatly rendered symbols which appear as they are floating under the sea surface. The symbols include green, blue and purple pirate ships.

Besides these lower-valued symbols, the Buccaneer Blast slot also features higher-valued symbols depicted as three pirates and monkeys. The most rewarding symbol offering winnings up to 15x players’ stake is the red pirate. Another extremely important symbol is the game’s wild symbol depicted as the pirate flag. These symbols can bring more winnings as they substitute standard symbols on the reels.

During their Buccaneer Blast gaming sessions, players should also pay attention to cannons which randomly appear under reels two and four. Once they appear on the reels, the game’s Ships Turned Wild bonus mode is activated. In the case of lower-valued symbols landing on the reels once the cannons appear, the cannons blast fire at those lower-valued symbols and transform them into wild symbols.

With this bonus mode, players can benefit from having two fully wild reels active in the base game. Another rewarding bonus mode included in the Buccaneer Blast is activated when a black ship symbol appears just above the third reel which happens randomly. Once triggered, the game’s reels start spinning again for free while three cannons emerge from beneath the reels. As expected, they fire at the second, third and fourth reels and as they do so, they leave wild symbols. This could result in having three fully wild reels active with loads of re-spins following.