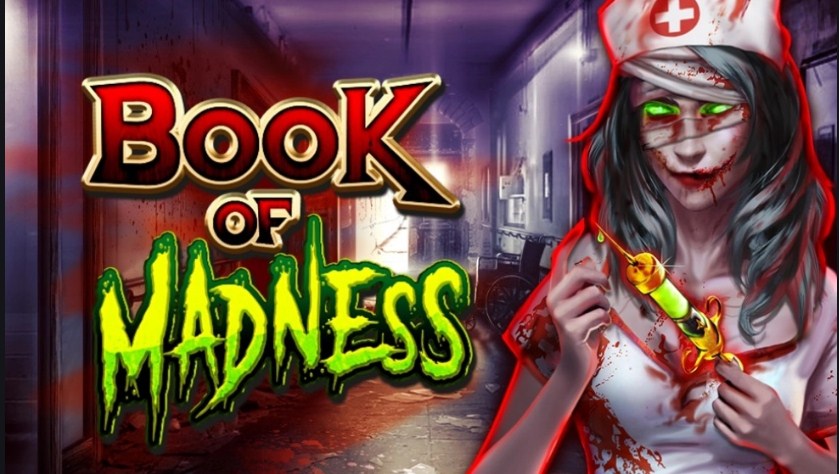 Book of Madness from Gamomat

Players who are not afraid of exploring horror-themed slots will definitely enjoy what the Book of Madness slot powered by the Gamomat software has to offer. This horror-themed game is quite appealing packed with a simple reel layout, several interesting bonus features and other surprises that come along.

The game is packed with 5 reels and 10 paylines with a quite big betting range starting at 0.5 credits and going up to 5,000 credits. Its RTP standing at 96.15% is quite favorable as well. The Book of Madness slot’s main bonus features include its Free Spins bonus, scatters, wilds and Risk or Gamble game thanks to which punters can double their winnings and consequently significantly improve their bankrolls.

In addition to rewarding bonuses, the Book of Madness slot also features appealing visuals that perfectly match its horror theme. Punters who want to explore other company’s release should definitely check out Forever Diamonds, Tower of Power, Atlantic Wilds, Back to the Fruits, Xploding Pumpkins, Books and Pearls, Dragon of the Princess, Win Blaster, Aura of Jupiter Moorhuhn-Shooter, and Cutie Cat Moorhuhn-Shooter.

While the Book of Madness slot offers up to 10 paylines, at the beginning of their gaming sessions, players can opt to play with 5 paylines as well. Either way, the maximum winnings offered go up to 5,000x players’ stake which is rather great for such a simple game. When it comes to the game’s visuals, they perfectly match its horror theme. There is an interesting narrative behind the game which explores a story of a werewolf and an old hospital where all sorts of experiments are held.

This hospital is depicted in the backdrop with blood everywhere including the hospital walls, beds, and others. When it comes to the game’s symbols, players will come across notebooks also covered in blood as well as other items which appear alongside blood bags, serum injections, werewolves, nurses, hospital beds and blood-stained standard playing cards which as expected are the least valuable symbols.

The Book of Madness slot also features wild symbols with their usual responsibility of replacing standard-playing symbols on the reels. This wild depicted as the book also acts as the game’s scatter. Landing several wild symbols on the payline also pays greatly just as the game’s nurse symbols. Moreover, landing three scattered book symbols in any position on the reels brings winnings up to 200x players’ stake as well as trigger the game’s Free Spins bonus that starts with 10 free spins.

Once the Free Spins bonus is triggered, the scattered and wild book symbol opens to reveal a special symbol chosen from the game’s regular ones. This special symbol then gains the power to expand across the reels to cover all positions. This happens in the case of scooping a winning combo. Hence, punters need at least three bonus symbols on three or more reels. With substituting wilds active in the game, punters achieve this regularly.