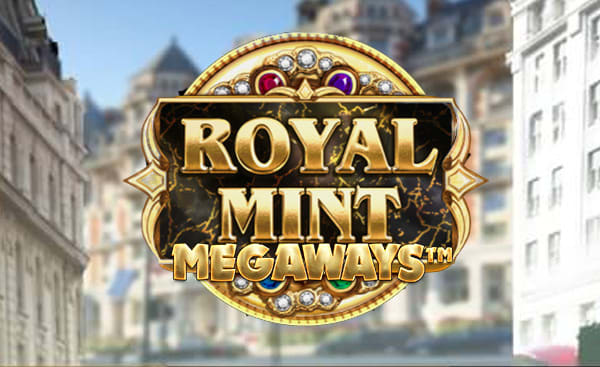 Offering impressive winnings that go over 40,000x players’ stake, the Royal Mint Megaways slot is another remarkable Big Time Gaming release. The game will be released on the 26th of February, while it will appear on the 12th of February at LeoVegas Casino. As suggested, it is packed with the company’s iconic Megaways gaming engine, 6 reels, and up to 117,649 paylines.

The Royal Mint Megaways slot also has a favorable RTP of around 96.48% and it offers highly volatile spinning actions. The game appears to have a great combination of bonus features including its Free Spins mode, Enhanced Spins mode, Triple Reaction feature and Heartstopper feature which when combined guarantee extremely entertaining online adventures.

Before the Royal Mint Megaways slot appears across online casinos, players can enjoy other Big Time Gaming releases including Monopoly Megaways, Who Wants To Be A Millionaire Mystery Box, Lil’ Devil, Kingmaker Megaways, Opal Fruits, The Final Countdown, Donuts, Extra Chilli Megaways, and Bonanza Megaways among many other titles.

In order to hop on this megaways adventure, players need to invest between 0.20 and 20 credits per spins which is a fairly good betting range. The Royal Mint Megaways game is based on the government-managed mint which produces coins for the UK. Hence, the game’s backdrop depicts Her Majesty’s Treasury with the main building forming the central area where the game’s reels are situated. Speaking of the game’s reels, they are framed by the building’s pillars on both sides.

The symbols which appear across the reels include lower-valued cards in different suites that appear alongside green, red, purple and blue gems. The most rewarding gem brings winnings worth up to 50x players’ stake for six of a kind winning combinations. The Royal Mint Megaways slot is also packed with a wild symbol depicted as another gem which as expected replaces other symbols.

During their gaming sessions, players will also notice one horizontal reel placed above the main reel set and this is where those special gem-encrusted wilds appear. Since the game is a megaways slot, each reel included can display between two and seven symbols. Naturally, the more symbols displayed, the more ways to win up to 117,649 paylines.

Every single winning combination scored triggers the game’s Reactions mode during which those winning symbols are removed from the reels and replaced by new symbols that drop from above the reels. This reaction happens until no more new winning combos are scored. During their gaming sessions, players should keep an eye on the game’s scattered mint symbols as getting four or more of these activates the game’s Free Spins bonus.

Once this bonus feature starts, players can get more free spins by landing extra scatters. What is even more, this bonus mode also comes with an Unlimited Win Multiplier feature which brings a winning multiplier that starts at 1x and increases by 1 with every winning combo scored. The Royal Mint Megaways slot also features another rewarding bonus named the Heartstopper Enhanced Free Spins mode.

During their gaming sessions, players will collect gold bars that are brought by three scatters landed on the reels. As soon as they collect forty gold bars, one more extra scatter is added per each spin while four more scatters landed in any position activate the game’s Heartstopper Enhanced Free Spins mode. This bonus also includes the Unlimited Win Multiplier which here starts at 2x and gradually increases by 2 with every winning combo.