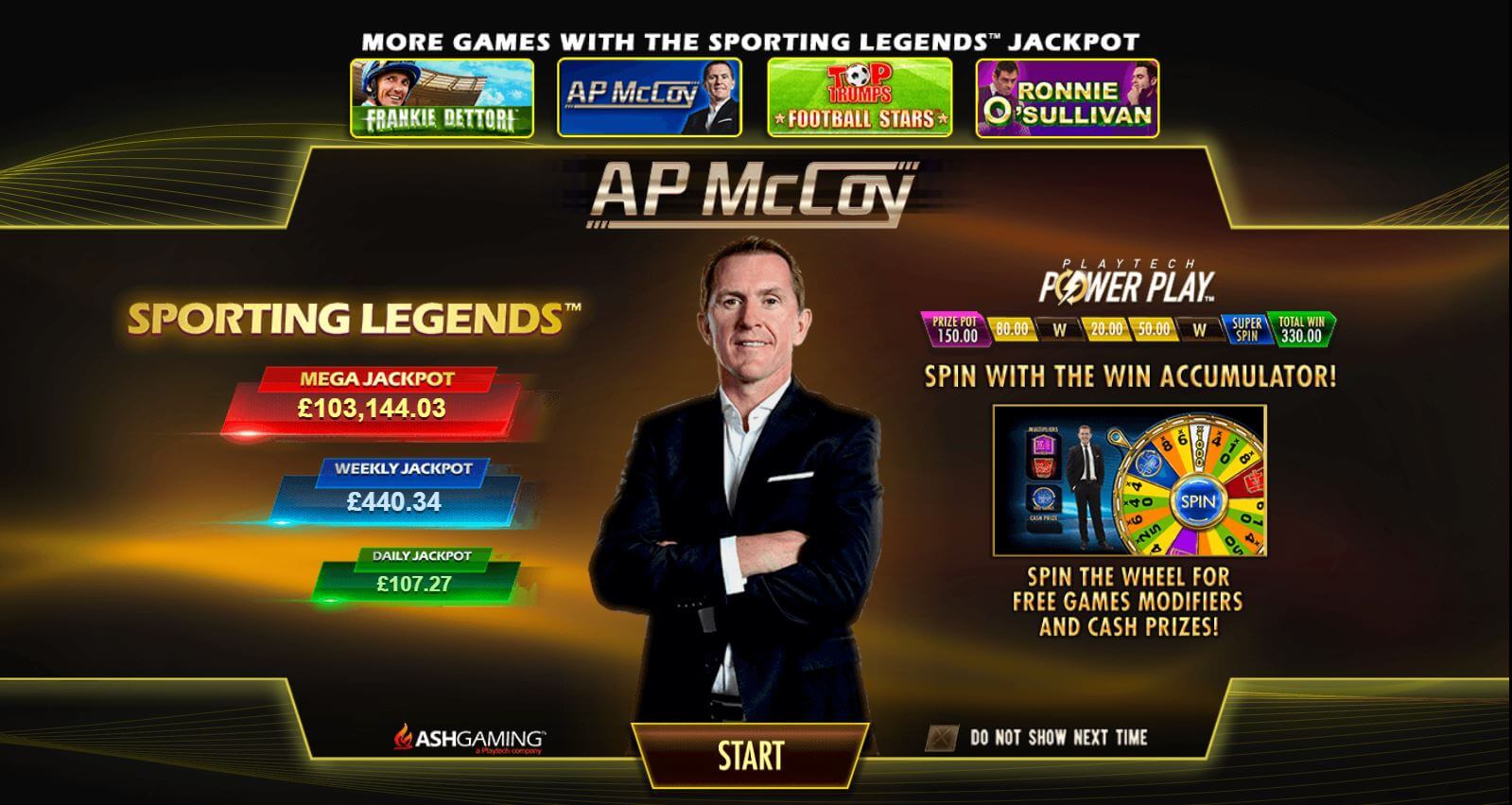 Playtech has recently expanded its extremely popular Sporting Legends Series with a new addition called AP McCoy. Nowadays, Playtech is one of the most prominent online casino software providers out there which features a truly impressive gaming library that does not only include online slots, but also a variety of other online casino games. The online gambling industry is a massive market and Playtech doubtlessly stands out especially thanks to its adventurous Sporting Legends series which includes a great variety of sports-themed games.

With the latest addition, the series includes the Ronnie O’ Sullivan slot, the Frankie Dettori slot, the Top Trumps Football Stars and the AP McCoy. The latest entry into the Playtech Sporting Legends series is actually an interesting horse racing-themed game. The game is branded and inspired after one of the most famous jockeys of all time, Anthony Peter McCoy. The retired jockey who remains a legend of the horse racing sport is the central character of this amazing new game.

The game comes packed with 5 reels and 243 paylines. It is playable across all modern Android and iOS-powered mobile devices as well as desktop computers and laptops, starting from only 25p per spin. The game’s design is rather simple while its bonus features are truly rewarding. One of the biggest attractions of AP McCoy is its Bonus Wheel feature which kicks in when the game’s free spins mode is triggered.

As expected, this mode comes with plenty of free spins with additional extras such as wild winning multiplier boosts. The game also features a brand new Power Play mode which offers 5 free spins for ten or twenty times players’ stake. In addition to this bonus mode, there are also three progressive jackpots featured including the mega, weekly, and daily jackpots.

Playtech has always been an online casino software developer which fully masters the art of manufacturing online casino games which players can fully immerse themselves into. This latest addition to the Sporting Legends series is very likely to become extremely popular especially among horse racing fans. Following the release of the game, James Frendo from Playtech said:

The unique jackpot structure behind the Sporting Legends suite has already made it a major hit with players, and with Playtech Power Play, AP McCoy has a whole extra dimension to its gameplay. Seasoned players will relish the chance to build their prize pot in the Accumulator rounds, with the Super Spin adding an extra touch of excitement.