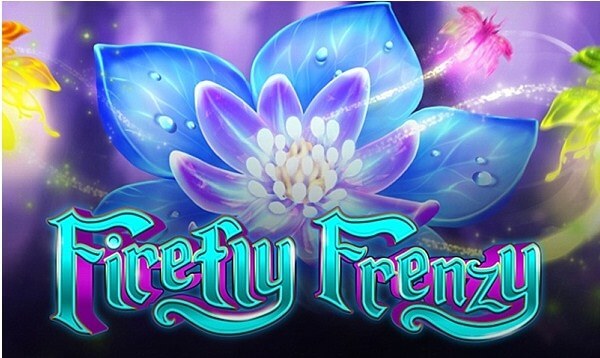 The Firefly Frenzy slot is the upcoming Play’n GO game set to be released on the 24th of July. The game has an interesting, enchanting, mysterious theme offering an engaging online gaming experience starting from only 0.30 up to 90 credits as accepted. The Firefly Frenzy slot takes players on a magical journey where fireflies bring magical winnings across 5 reels and 30 paylines.

As players enter this Play’n GO enchanted forest, they come across all sorts of mysterious flowers as well as loads of bonus features such as the game’s Frenzy Spins bonus feature, Firefly wild symbols with awesome winning multipliers worth up to 243x players’ stake and much more. Thanks to these generous bonuses, the Firefly Frenzy slot features winnings up to 10,000x players’ stake.

Besides being very rewarding, the Firefly Frenzy slot running on the Play’n GO software is also visually stunning. Since the game has a magical theme, its backdrop depicts some mysterious world with glowing purple and gold elements depicted in the distance. When it comes to the game’s reels, they feature four gleaming crystals which represent spades, hearts, diamonds, and clubs. Besides these symbols, the Firefly Frenzy also features four floral symbols.

Landing more than one multiplier wild symbols on the reels brings more generous winning multipliers which go all the way up to 243x players’ stake. Another important symbol of the Firefly Frenzy slot is its scattered moon symbol. Once one symbol of this kind lands on the reels, one Firefly wild symbols lands on top of it and the game’s Frenzy Spins mode is triggered.

Players immediately receive 8 free spins with wild multiplier symbols active as well. This bonus feature can be re-triggered, so players could end up with 16 free spins in total. The Firefly Frenzy slot is definitely focused on winning multiplier which can easily boost everyone’s bankroll, especially during the rewarding Free Spins mode.