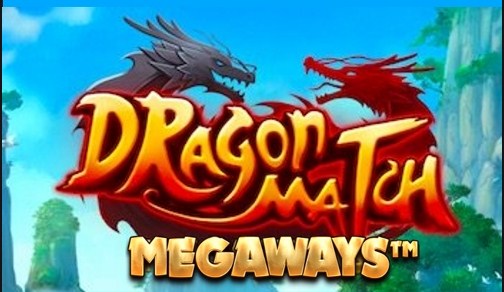 As players travel to the Far East on the wings of the Dragon Match Megaways slot, they get to land massive winnings that go over 10,000x their initial stake. There are several bonus features to help them scoop more generous winnings including the game’s Free Spins bonus that features un unlimited winning multiplier. Players will also take advantage of the game’s Wild Transformation mode as well as its Cascading Symbols.

The Dragon Match Megaways slot is not the very first iSoftBet release that features the iconic Megaways gaming engine as the company has released several other similar games including Aztec Gold Megaways that comes packed with 117,649 paylines that help players uncover the mysteries of ancient Aztecs.

As previously mentioned, the Dragon Match Megaways slot is all about mighty ancient creatures which in this case are two fiery dragons that appear across the game’s 4 reels, between 3 and 8 rows and up to 3,316 paylines. The game is beautifully crafted packed with a usual Asian vibe that similar games have. On the backdrop, players will notice spectacular temples set high in the mountains.

The reels of the game are crafted to resemble an ancient temple that looks stunning with its pillars wrapped in mighty dragons. Alongside lower-valued standard-playing cards, the Dragon Match Megaways slot is also packed with lotus flowers, pendants, drums, and gold cymbals. There are also golden dragon symbols that pay up to 100x players’ stake for five matching symbols. The game’s wild symbol depicted as its logo replaces other symbols and helps players score more winnings.

There are several bonus modes featured in the game including its Cascading Wins mode. With every single win that players score, this bonus mode triggers and replaces winning symbols with new series of symbols that can lead to continuous winnings. During their gaming sessions on the Dragon Match Megaways slot, players can also take advantage of the game’s Dragon Match mode which triggers with getting two matching symbols from the top reel on the horizontal reel.

Once this bonus mode is triggered, all instanced of the two reels, as well as all of the triggering symbols, become wild symbols. This leads us to the game’s Free Spins bonus that triggers with landing at least two of the Dragon Match bonus symbols on the top reel. Once here, players have three options. The first one brings 12 free spins with a great 1x starting winning multiplier while the second brings 8 free spins with an even greater 5x starting winning multiplier. The third option lets the game pick one of the Free Spins bonuses.

Every win that players score during the Free Spins bonus increases the attached winning multiplier by one time and this is known as the game’s Unlimited Multiplier mode. Moreover, landing extra Dragon Match symbols brings extra free spins and the number of free spins has no limit. To enjoy the Dragon Match Megaways slot’s spinning actions, players will have to wait until the game appears across iSoftBet online casinos.