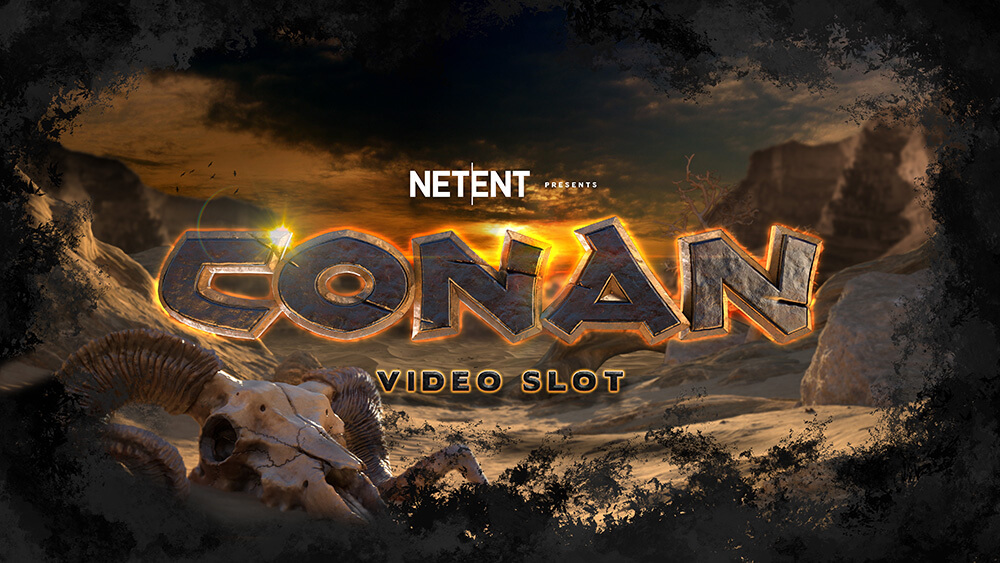 Conan the Barbarian is back with all sorts of riches and treasures in the upcoming NetEnt release: Conan. This is another NetEnt character-based, branded slot release inspired by the legendary Conan. This fearless barbarian will welcome players in September when the game is set to be released. What we know so far is that the Conan slot will offer huge payouts across 5 reels and 20 paylines.

We also know that the game is dominated by remarkable visuals and graphics just as we are used to seeing in NetEnt games. When it comes to the main character in the game, Conan the Barbarian has been portrayed in numerous board and video games, comics, books, and movies. With the Conan slot by NetEnt, he will be finally given the spectacular NetEnt-powered makeover. Fans of branded games should explore other NetEnt-branded slots such as South Park Reel Chaos, Jumanji, Jimi Hendrix, Motorhead, Planet of the Apes, Dracula, Frankenstein, Scarface and Invisible Man which also deliver thrilling spinning actions alongside familiar names and characters.

Conan: The Next NetEnt Branded Slot

Conan is both a brand and a character with an impressive history and with fans all over the world. Hence, there is no wonder why NetEnt decided to honor his history with their own interpretation of Conan the Barbarian. Conan Sot is actually the second announcement that was made by NetEnt at the London iGaming 2019 conference where the company announced its another upcoming, branded game: Ozzy Osbourne slot.

The game is a classic, fantasy-themed release set within a prehistoric world packed with dark magic and battles of all sorts with swords and nothing more. Looking at the company’s cinematic trailer for the game, it is safe to say that the game looks extremely appealing packed with first-class visuals, remarkable animations and an iconic soundtrack which plays in the back. Players who are familiar with the character of Conan the Barbarian will definitely have a brilliant time spinning the Conan slot’s reels while others will enjoy as well.

Apart from offering a visual spectacle on many different levels, Conan from NetEnt will also deliver loads of bonus features including free spins. Players can also expect to come across all sorts of bonus symbols including wilds and scatters in different formats for significantly enhanced winnings. So far, we also know that the game will include separate bonus mode packed with generous, rewarding surprises.