Today, Synot Games provides innovative slot games alongside classic table games in a variety of different jurisdictions mainly in Asia, North Africa, and Europe. At the time of its inception, Synot Games was mainly focused on the development of interesting lottery products for its home market before its iGaming division emerged on the scene relatively recently.

The growing Synot Games family of impressive online casino games is actually a regional powerhouse in its home country the Czech Republic as well as in other countries including Slovakia and Latvia. When it comes to the company’s licensing, Synot Games holds licenses issued by the Malta Gaming Authority. Furthermore, all of its releases are checked for fairness and randomness by the International Gaming Laboratories.

Since its beginnings, the company’s gaming library has grown rapidly to include dozens of impressive game releases which suit everyone’s preferences. Here, we are talking about the company’s slot games which come packed with juicy winnings, impressive bonuses, and other gaming perks. Further, we take a look at the company’s most popular slot games.

Since its inception, Synot Games has partnered with many prominent online casino content developers such as iSoftBet and EveryMatrix which has helped the company expand in the industry. As mentioned at the company’s official website, the company’s rich gaming library packed with over fifty games is available in over twenty countries where Synot Games operates today.

The company’s official website also shares that its hard-working team has almost thirty years of combined experience in the world of online casino content development. Speaking of its team, it consists of over one hundred experts and professionals. All in all, players who are interested in exploring the company’s ever-growing gaming library can do so at a number of reputable, renowned online casino facilities that operate in Europe, Asia, and North Africa.

The company’s official website displays one hundred and two online casinos which today offer their gamers Synot Games releases. Naturally, the list includes all sorts of online casino venues such as smaller ones, lesser-known venues as well as several of the most popular venues of this kind. While the list of casinos that include Synot Games is growing on a daily basis, several venues doubtlessly stand out from their competition including Betclic Casino, Expekt Casino, and Karamba Casino.

Powered by Microgaming, Yggdrasil Gaming, Genesis Gaming, Relax Gaming, Evolution Gaming, and NetEnt among other companies, Betclic Casino offers hundreds of excellent online casino games available across all gaming devices. Since the casino emerged on the scene in 2005, it is one of the veterans in the industry with over fifteen years of experience. This casino licensed by the Malta Gaming Authority operates across many different jurisdictions, so it accepts a variety of currencies including Romanian lei, Norwegian kroner, Euros, British pounds sterling, Polish zloty and many other. For the same reason, Betclic Casino accepts a variety of banking options.

Established back in 1999 by the Mangas Gaming Malta Limited, Expekt Casino is one of the longest-running iGaming facilities in the industry. The casino holds licenses issued by the Swedish Gambling Authority and Malta Gaming Authority which ensures its safety and reliability at all times. When it comes to its gaming selection, Expekt Casino is loaded with slots, classic table games and much more powered by Genesis Gaming, Play’n GO, Elk Studios, NetEnt, Microgaming, Booming Games, PariPlay, Genii, Just For The Win, Red Tiger Gaming, Quickspin, Amaya, iSoftBet, and Thunderkick.

Karamba Casino is one of the most popular iGaming venues which emerged on the scene in 2005. The casino is owned and managed by the AG Software Limited company. It holds several gaming licenses issued by the Swedish Gambling Authority, United Kingdom Gambling Commission and Malta Gaming Authority. One of the biggest advantages of gaming here is the casino’s gaming library powered by NeoGames, Quickspin, Bally Technologies, WMS, Aristocrat, NextGen Gaming, Amaya, NetEnt, Microgaming, and Quickspin among several others.

Since its beginnings, Synot Games has crafted a number of incredible slot releases that cover a wide array of gaming styles and themes to suit different players with different bankrolls and preferences. One of the things which definitely stands out about the company’s slot collection is the fact that the games’ design and graphics are rather exquisite in every sense.

In other words, the company’s slot releases are very appealing, packed with stunning graphical solutions that make every game beautiful to look at. In addition to being packed with awesome graphics, Synot Games slots are also bonuses-packed featuring rewarding payouts alongside gamble modes, free spins bonuses, pick-me bonuses and much more. All in all, players who decide to try out Synot Games releases can expect loads of bonuses to help them scoop more generous winnings.

While Synot Games is not the most iconic nor most memorable brand in the iGaming industry, the company’s games most certainly deserve the attention of players who prefer their games beautifully crafted, bonuses-packed and rewarding. The company’s impeccable gaming library features all the right ingredients for an entertaining, greatly memorable online gaming experience and this is especially true for its excellent slots collection.

Welcome to PlayLuck casino! Register Today and receive a first deposit bonus of 125% up to €200 + 3 Reload bonuses!

Welcome to Queen Play! Play now and get a great welcome package of 4 bonuses with total value of up to €1000 + 200 Free Spins!

Welcome to Regent Play Casino! Play now and get a huge welcome package of 4 reload bonuses with total value of up to €800 + 100 Free Spins! 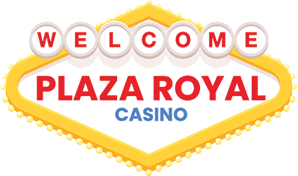 Welcome to Plaza Royal! Play now and get a great welcome package of up to 777€ + 250 FS. Choose between a wide selection of slots, table games and live casino games!