People just can't seem to get enough of fantasy-inspired slot games and let's face it, there is nothing not to love about them. Taking that into consideration, NetEnt released Wilderland, a mysterious and fun adventure. It has 5 reels, 3 rows, and 20 ways to land a winning combination. With the amazing set of features to go with the awesome theme, the game is definitely set for success.

You Have Entered the Land of Elves and Fairies

The providers of the game made a great decision going with the fantasy theme as it allows the use of a lot of creativity and uniqueness. Everyone can paint a different wonderland because it is something imaginary which is why the game is something new for us to see.

The graphics that the game offers are amazing with a fairy wonderland in the background. Everything has a purple tone to it, which contributes to the mysterious factor of the game. There are trees with little fairy houses built in them. There is also a living tree to the right of the reels making the picture even more magical.

The soundtrack contributes to the theme as well. It consists of mysterious and slow violin music with some sound effects of the wind blowing. The symbols are just as interesting as the background and include the 4 card suits designed to look like leaves. Then there are flower rings, blue amulets, bows with arrows, foxes and girl elves. The game's wild and scatter symbols are both represented by their logos.

This is a low to medium volatility game so it is perfect for the players that enjoy some relaxing playtime. The payouts will satisfy as well but the top payout might not sound that impressive as it only goes as high as 240x the stake in a single spin. Making it better is the extra-wide betting range where the minimum bet is placed at 0,20 and the maximum at 1000 coins per spin. I believe that only the very bravest would take that step. The game also has a 96,16% RTP which is the average level.

Magical Wilds Will Take You to the Gold

The game offers a very interesting set of features that most players will approve of. As we already mentioned, the game has a wild symbol that does the regular duty of substitution for other symbols in the game. If 2 or more wilds appear in the Activation Zone which is the middle row, the Forest Treasure feature is activated and the wilds are transformed into one of four different walking wilds. The wilds move one reel to the left at the start of every spin.

The game also offers a Magic Wild feature that is triggered when an expanding wild appears on the first reel without any other walking wilds insight. The wild then reappears on the fifth reel allowing more wins to occur.

Last but not least is the Free Spins feature that is triggered when the player lands at least 3 scatter symbols anywhere on the reels. The player gets a random walking wild on the middle reel on the first spin and one additional walking wild for each additional triggering scatter symbol. The Activation Zone is spread across the entire grid, which means that walking wilds will come flying in bettering your chances of a decent win.

Take a Walk Through the Enchanted Forest

Overall, the game delivers as promised and the best part about it is the appearance. The design truly is to die for and the theme itself leaves a bunch up to the imagination which is great. Considering the volatility the game is more unpredictable than expected. The reason might be the mystery factor of it all. Let a little magic inside and try your luck with this enchanted release. 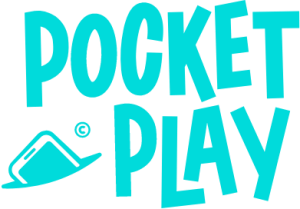