As suggested by the game’s title, the Wild Gladiators slot running on the Pragmatic Play software is an excellent, ancient Rome-inspired game. Here, players get to experience the ultimate thrill of fighting as a gladiator in the ancient Colosseum and eventually scoop generous winnings. The Wild Gladiators slot initially features 5 reels while the game adds an additional, 6th reel later in the game with 25 paylines.

The game allows bets starting at 0.25 credits and up to 125 credits per spin. The game’s variance is low to medium with an RTP of approximately 96.17% which is fairly favorable. Some of the main bonus features offered in the Wild Gladiators slot is its Free Spins bonus, while the game also features special expanding wild symbols that naturally bring more generous winnings.

Since the game is accessible via literally every gaming device, the intrigue and thrill of the ancient Colosseum are available to every player at his fingertips. Entering this mighty Roman architectural masterpiece also means coming across all sorts of beautifully designed symbols including royals as well as higher-valued symbols depicted as females holding daggers, tigers, chariots, shields and similar.

Best of the game’s standard symbols is the male Roman emperor which brings up to 400 coins for five symbols on a payline. As previously mentioned, the Wild Gladiators slot features a 6th reel which comes packed with bonus wild symbols and awesome up to 10x players’ stake winning multipliers. In other words, landing any winning combination on the 6th reel means scooping boosted payouts.

As players travel back in time and finally enter the Colosseum, they get to scoop more winnings thanks to the game’s gladiator wild symbols. These wilds come with their usual responsibility of substituting regular symbols on the reels. Moreover, once they are landed on the reels in the middle position, they turn into expanding wild symbols which further turn the entire reel into a wild reel. What is, even more, is that multiple wild symbols can land on the middle positions at the same time which naturally means bigger winnings.

The Wild Gladiators slot also features a Free Spins bonus that is activated by landing the game’s scattered Colosseum symbols on reels one, three and five simultaneously. Once triggered, this bonus mode brings 10 free spins with the 6th multiplier reel active and with expanding wilds also active. With these bonuses combined, players can get winnings worth up to 4,000x their stake.

Enjoy the Thrill of the Ancient Colosseum

The bottom line is that the Wild Gladiators slot is an extremely enjoyable game. The game’s sound effects and visuals are very nicely crafted, but its impressive, cracking selection of bonuses is what makes the game worth checking out. The game’s multiplier reel when combined with its free spins and expanding wild symbols definitely deliver spectacular spinning actions. 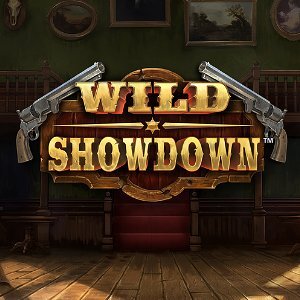