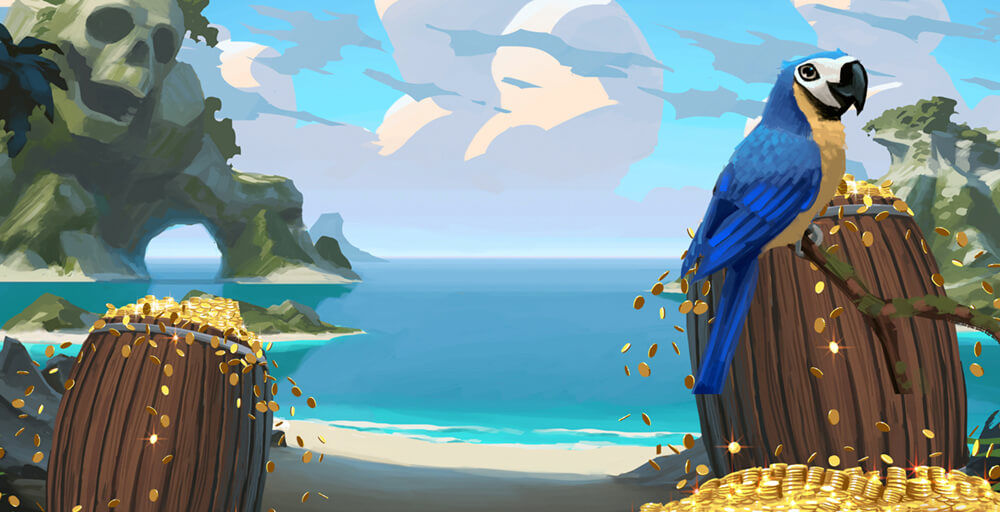 Treasure Island Slot as powered by Quickspin providers gives players a pacific island themed game. The slots brag of amazing graphics and a number of bonus features in the slots. The game is available both as slots online and offline (at casinos). Embarking on any of the ships gives a player a somewhat pirate or adventurous experience. To play the game simply set your bet range. Clicking 'Total Bet' allows you to set coin denomination. The 'Autoplay' feature allows you as the player to set the reels to keep turning automatically for an uninterrupted number of times. With many other exciting features, adventures on an Island have never been more exciting.

Gameplay Of The Treasure Island Slot

The Treasure Island slot is one of the new games from Quickspin. Most symbols on the slot are characters from Robert Stevensn's novel about the pirate treasure that have been hidden in the uninhabited land which you will look for during the game. The slot has five reels with a variety of symbols, bonus rounds free spins among other intriguing functions. The game's interface is multi-language, so whether you choose to play casino "live" or play the slot online on a mobile device, from whichever nationality, no language barrier will exist. Treasure Island can be played on 40 paylines with a bet range of between one cent and 0 Euros. The maximum bet in the slot is 500 Euros. The Treasure Island slot has an RTP is 97.07%. The game also has an autoplay feature which allows you continuous and uninterrupted spins.

To trigger the free spins bonus, you are required to get the three bonus symbols to appear on the reel 5, 3 and 1. After that, you are required to pick out the free spin award that is behind one of the three symbols that all hold an award behind them. Triggering the feature awards you 6 free spins with additional spins if you pick out bonus symbols that award free games during the rounds.

The bonus game is called treasure hunt. It is triggered by getting three compass symbols on reels five, four and three. Each of the compass symbols has an award behind and you get to choose one. One of the compasses has an instant win. The other opens the treasure hunt bonus. Here you are taken to an Island where you pick to 'X' marks from five. Each X has an award including treasure chest that makes your win very big.

The Jackpot Feature In The Slot

The Treasure Chest Symbol, which is the wild, activates the Jackpot feature in the slot. All you need is to land five of these symbols anywhere on your reels and on an active pay line. You are the awarded the 20,000 coin jackpot. To maximise on this feature just keep all your wagers at maximum.

The AboutSlots Final Verdict On The Slot

The Treasure Island slot has a nice theme, and the graphical representation has also done justice in unleashing the theme. The game has many features, so it is quite involving making it fun to play. The payout, however, is very low. The free spins feature has the best payout. It is quite disappointing that the paytable is set lower for free spins than the base game. I would not term this slot as one of the best casino games but if you are looking for fun, play this slot and if you are looking for riches take caution on this one. Aboutslots is a site that revolves around game slots. The site gives you detailed breakdowns of your favourite video slots. Their gameplay, features and even awards.The slot informs you on playing at a physical casino and also casino streaming for online players. It is a site for both old and new players.