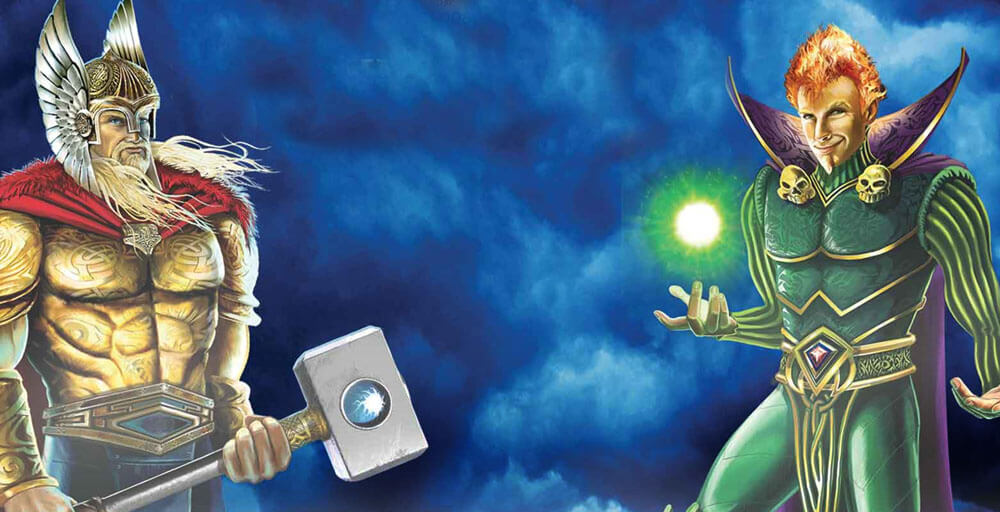 Thunderstruck II casino game was originally introduced by Microgaming into the gaming world in 2003 as Thunderstruck slot. Its fame spread like wild fire in the online gaming community earning it a reputation as the best online casino game.

Now Microgaming has done it again by introducing the revamped Thunderstruck II that is bent on giving its players an improved thrilling gaming experience. This new sequel of the game comes with exciting and big rewards, new features, and more gaming options.

The game gives its players 121,500 options for winning prizes and Return to Player rate of 96.65%. If you manage to acquire three hammers from Thor, you get the opportunity to join the legendary Great Hall of Spins. Here you get free spins, which increases your income and gives you four bonus rounds.

This game is in full HD with chilling sound effects. Thunderstruck II casino game has five reels, which gives the players 243 ways of winning. There is an additional feature known as the Wildstorm, which turns the reels in a wild manner and gives you several exciting money making opportunities.

The Most Exciting Part – The Bonus Rounds

Thunderstruck II is based on the Nordic Mythology with four gods who protect the chambers with big rewards. These Norse gods are unique with their individual incredible features. The four gods are Valkyrie, Loki, Odin, and Thor.

She is a blonde goddess, who dresses in a sexy metallic outfit. Her bra is made of iron and she poses with knee-high metallic boots. As a master in battle, Valkyrie, in multiples of 5, gives you 10 free spins.

He is a mischievous god who offers his players 15 bonus free spins on the slot. As a hot stud, he is known to be naughty and has an eye for the ladies. On this round, the more hammers you get, the more free spins you have. This feature appears with some lightning wild symbols on the screen.

Odin is a member of the Norse Pantheon and is the ruler of Asgard. He sends out black ravens known as Muninn and Huginn to those who land the wild raven bonus. Odin offers his players 20 free bonus spins by flashing his ravens. He offers 2, 3, and 4 multipliers and if you are lucky to have the 2 ravens fly down to earth, you get 6 multipliers.

To enter the Great Hall of Fame at the beginning of the game, you need three Thor’s hammers. He is Odin’s son and is known as the god of thunder. He is the major gift giver in the game giving the players up to 25 free bonus spins. His multipliers start from 2 to 5 on the rolling reels feature.

To add to the game for the best players, the game has the achievement feature, which gives the player a gold status. The game is available for all modern technological gadgets, from the simple desktop to the tablet and mobile phone. It is customised to fit any screen so that you can play anywhere, even on the go.