The Phantom of the Opera Link & Win 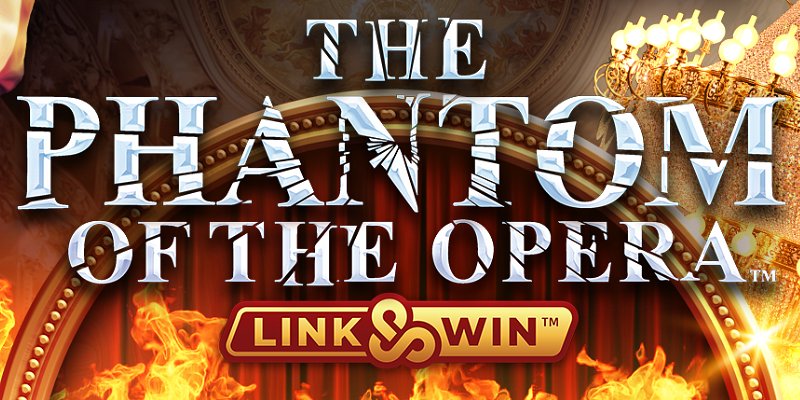 The Phantom of the Opera Link & Win Slot Overview

The Phantom of the Opera Link & Win is a new casino slot from Triple Edge Studios. This is the classic story that takes place at the Paris Opera in the nineteenth century, written by Gaston Leroux and probably best known for the musical written by Andrew Lloyd Webber. Leroux was going to become a lawyer but spent all his inheritance gambling, and instead became a reporter and later novelist. In this mystic story of the opera ghost, players will experience free spins and the Link & Win respins that can award up to 5000X the bet. The Phantom Erik is super valuable, giving you 500X the bet for a win of 5 symbols and 12500X the bet if you manage to land him on all positions. Let’s go to France and discover this ghost up close.

The Phantom of the Opera Link & Win Slot Information

The Phantom of the Opera Link & Win takes place in the famous Palais Garnier Opera House. It’s believed to be haunted by a ghost, which turns out to be a disfigured, noseless man called Erik, living underneath the building. He kidnaps the star singer and threatens to kill everyone in the audience if she’s not faithful to him. The story takes several twists before Erik dies on his own because of a broken heart.

The reels are placed on the inside of the luxurious opera house. The stage is in the front, and we can see parts of the stands and balconies to the sides of the reels. On top is the game’s logo and a display of the Mini, Minor, Major, and Mega prizes in the Link & Win feature. You’ll definitely recognize the song that’s played on a piano. To make a win, you need to land at least 3 of the same symbols on any of the 25 paylines. All wins must start on the first reel to the left, and you can play the game on mobile phones, notepads, and desktop computers.

The lower-paying symbols are J, Q, K, and A. They will give the player between 2X and 4X the bet for a win containing 5 symbols. The higher-paying symbols are a rose, a candlestick, a monkey, and a young man. They award between 7.5X and 25X the bet. The Wild Symbol is depicted by Erik the Phantom, wearing a white mask. It substitutes all mentioned symbols and also pays up to 500X the bet on its own. It doesn’t substitute the Scatter or the Link & Win Symbol.

The Phantom of the Opera Link & Win Slot Features

What is the max win in the slot The Phantom of the Opera Link & Win?

What features are available in the slot The Phantom of the Opera Link & Win?

The Wild Symbol is a picture of the Phantom wearing a white mask. It substitutes all symbols except scatters and Link & Win symbols. Landing a win of only wilds with 3, 4, or 5 symbols will pay 2.5X, 20X, or 500X the bet, respectively.

The Win Booster adds additional Link & Win symbols to the reels, boosting your chances of triggering the feature. The Win Booster costs 2.5X the bet.

The Free Spins are played with a jumbo symbol in the size of 3X3, covering all positions on reels 2, 3, and 4. The jumbo block acts as 9 individual symbols. Landing a scatter as jumbo block awards 10 spins and 1X the bet. The feature goes on until the player runs out of spins.

The Phantom of the Opera Link & Win Slot Conclusion

The Phantom of the Opera is a really tragic story about the disfigured Erik living in the catacombs of the opera. One can pity him, but it’s hard to sympathize with a character that kidnaps his love. The story works well as a casino slot, and we’re happy that Triple Edge Studios has packed this tragic love story with free spins and the Link & Win respins feature. The latter is a feature we know well by now, playing games such as Cairo Link & Win or 6 Rubies of Tribute.

The Phantom of the Opera Link & Win has a bombastic and somewhat sad feeling, especially if you know the story of the poor Phantom. The music is also enchanting, although it’s probably not comparable to seeing the show performed live. The Link & Win feature works perfectly, giving the player the chance to land over 5000X the bet. The max win is even more generous, though, paying up to 12650X the bet – a pretty solid number for this highly volatile game. The RTP of 96.08% is also solid but not fantastic. Just make sure to stay away from the other versions with lower RTP.

The Phantom of the Opera from Triple Edge Studios takes the player behind the scenes of the classic love story, offering both free spins and the Link & Win respins feature.