Spectacular treasure hunting through ruthless South American jungles comes to life in the Rising Treasures slot powered by Greentube. Over the years, Greentube has released a number of treasure hunting-inspired games and one of the most visually spectacular is its Risings Treasures release which does not lack awesome winning opportunities across its 5 reels and 20 paylines.

In order to hop on this remarkable treasure hunting journey, players need to invest at least 0.20 credits per spin on any gaming device. Once there, they will benefit from great maximum winnings that go up to 500x their stake. Moreover, they will also benefit from the Rising Treasures slot’s Free Spins bonus that comes packed with special replacing wild symbols which in this game deliver valuable symbol upgrades for more generous winnings.

During their gaming session here, players will enjoy vibes of land-based slot games as they travel deep into the heart of the jungle. There is an ancient ruined temple behind the reels which adds a bit of Indiana Jones-inspired vibes. With standard playing cards on the reels, players will also come across more rewarding hunting pots, beautifully designed necklaces, treasure chests as well as the main character or the adventurer himself who reminds of Indian Jones. He is the most rewarding symbol in the Rising Treasures slot worth up to 25x players’ stake for five matching symbols on a payline.

As players go treasure hunting with the Rising Treasures slot, they should keep an eye on the game’s wild temple symbols as they will help them score more winnings due to their replacing duty. There are also powerful scatter symbols that trigger the main highlight of the Rising Treasures slot and that is the game’s Free Spins bonus which is described in detail further.

The Rising Treasures slot features two bonus modes including its Expanding Wilds mode which relates to the game’s golden pyramid symbols that land on those three middle reels or reels two, three and four. Once these symbols hit the gaming grid, they activate the Rising Treasures slot’s Expanding Wilds mode. Consequently, the game’s temple wild symbols turn into expanding wilds which turn their respective reels into wild reels.

Players who are lucky will turn all three middle reels into wild reels and enjoy bigger payouts. This leads us to the Rising Treasures slot’s Free Spins mode that is played when players get three, four or five scatters in any position on the reels. Once here, players receive payouts worth 5x, 20x or 50x their stake alongside 12 free spins. During this bonus mode, the game’s wild symbols also act as expanding wilds which give wild reels just like in the base game. However, wild symbols that land in the Free Spins bonus upgrade to the most rewarding standard symbol, the Indian Jones-alike character.

Thanks to the special symbol upgrades which take place during the Free Spins bonus, players will enjoy more rewarding payouts as the most rewarding symbol in the Rising Treasures slot pays up to 25x players’ stake. Furthermore, landing one, two or three wild symbols on a free spin brings extra free spins. These extra wilds that hit the gaming grid also expand and bring wild reels alongside special symbol upgrades.

With an awesome design, superb graphics and generous payouts, the Rising Treasures slot by Greentube and Novomatic can deliver super exciting online gaming sessions especially to fans of Indiana Jones movies and slot releases. While the game is simple in its gameplay, it is also rather modern with wild reels and expanding wilds that deliver more winning opportunities. 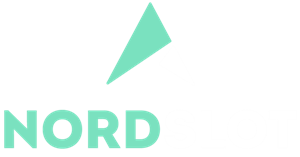