Red Tiger Gaming once again did an impressive job with its release which follows its Pirates’ Plenty the Sunken Treasure release. In its Pirates’ Plenty Battle for Gold slot, players also hop on an adventurous sailing journey which leads to all sorts of pirate riches and treasures hidden across 5 reels and between 20 and 30 paylines.

As with other video slots release recently, the Pirates’ Plenty Battle for Gold slot is accessible via every modern device from just 0.20 up to 20 credits. As players set sail with their Captain Blackbeard, they get to scoop payouts worth up to 5,500x their stake thanks to the game’s collection of bonuses including re-spins, free spins packed with rewarding sticky wild symbols and several other extras.

In terms of its looks, the Pirates’ Plenty Battle for Gold slot looks like the first game in the series with a variety of pirates-inspired symbols, high-quality visuals, and an interesting glossy design. It also should be noted that the game features highly volatile spinning actions with a great RTP of around 96.07%.

Join Captain Blackbeard and His Crew

Fans of pirate-themed slots will absolutely enjoy their Pirates’ Plenty Battle for Gold adventures. Those who have high expectations will be positively surprised with this release especially when it comes to its design. The game’s reels and backdrop are dominated by a high-definition, shiny and glossy look. The backdrop setting depicts an old pirate ship alongside its wooden bridge that appears packed with gold treasures and riches.

On the reels, punters will come across a collection of standard symbols including clubs, golden coins, diamonds and hearts that land on the reels alongside more valuable harts, cannons, pistols and other items used by friendly pirates. The top-paying symbol featured here is the game’s skull and crossbones icon which brings payouts of 30x players’ stake. In addition to these symbols, the Pirates’ Plenty Battle for Gold slot features wilds depicted as the ship’s monkey symbol and scatters.

As already mentioned in the previous section, the Pirates’ Plenty Battle for Gold slot comes packed with a great collection of extras which ultimately helps players to scoop remarkable winnings that go all the way up to 5,500x their stake. One of the main highlights of the game is its Wild Island Row bonus mode that is triggered by collecting map symbols which once landed on the reels get collected in the power meter located just above the reels.

Collecting these map symbols also send the pirate ship closer to its island destination. Once players have collected enough map symbols, the game automatically unlocks another gaming row which consequently increases the number of paylines from 20 up to 30. It should be noted that this newly unlocked reel row remains active for all following spins which will take place at that wager level.

Then, there is another interesting bonus named the Wild Monkey mode in which the game’s wild symbols depicted as the crazy monkey dances across the reels and collects all of the currently landed lower-valued card symbols. This is followed by re-spins which consequently include only the game’s more rewarding symbols. Moreover, every symbol collected by the crazy wild monkey increases players’ wild winning multiplier which goes up to 4x players’ stake.

Lastly, the Pirates’ Plenty Battle for Gold slot features its free spins named the Battle Spins mode that is playable by landing at least three scattered free spins symbols. Once this bonus is triggered, players received a random number of free spins while the game introduces special Blackbeard bomb symbols that remain locked in their position for all following free spins.

Moreover, these special bomb symbols can come attached with generous winning multipliers worth up to 5x players stake. Here, players are also advised to keep an eye on the game’s fire symbols as these once landed on the reels may transform into wilds that bring extra free spins. As with the game’s bomb symbols, these fire symbols may also come attached with a 5x winning multiplier.

Adventurous Gameplay with a Variety of Extras

The bottom line is that the Pirates’ Plenty Battle for Gold slot definitely delivers all the right success, and amazing spinning actions’ ingredients so every fan of pirate-themed games enjoys these online adventures. Aside from its great collection of bonus extras, the game also looks beautifully rendered on and off the reels. 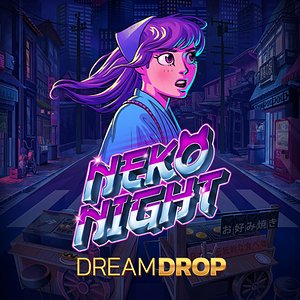 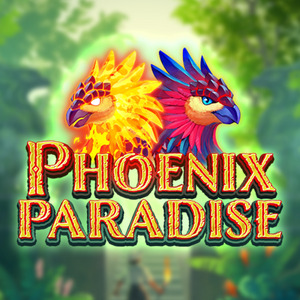