Yggdrasil Gaming as one of the most popular iGaming companies has once again surprised us with its remarkable release named the Nikola Tesla's Incredible Machine slot. As suggested by its name, the game’s developer was inspired by the renowned inventor of many things including what we know today as modern electricity, Nikola Tesla.

Nikola Tesla was an electrical and mechanical engineer as well as inventor best known for his remarkable work on the design of electricity system and alternating current. As one of the most prominent inventors of all times, Nikola Tesla inspires to this day many years after his death.

Throughout years, Nikola Tesla worked on many inventions which he later patented. He also conducted a variety of experiments related to generators, oscillators and more which definitely inspired the Nikola Tesla’s Incredible Machine slot. The game comes packed with 5 reels and 25 paylines with some electrifying winnings offered that are worth up to 4,100x players’ stake.

The game also features a fairly favorable RTP of 96.2% while its betting range starting at 0.25 up to 75 credits per spin suits everyone’s bankroll. Some of the main bonus features of the game include different Free Spins bonuses and its Energy Burst mode for more enriched winnings.

Spin the Reels for a Truly Electrifying Experience

Looks-wise, the Nikola Tesla’s Incredible Machine slot looks beautifully rendered just like every other Yggdrasil Gaming release. The reels are set in Nikola Tesla’s laboratory which has gloomy, dark vibes. There is also a sinister feel incorporated to add to the overall excitement. With standard playing cards that appear across the reels, players will also play with other symbols including devices and tools used by Nikola Tesla such as stopwatches, googles, and capacitors among others.

The most valuable out of these symbols is the stopwatch symbol. Landing five of these on a payline brings winnings worth up to 40x players’ stake. During their gaming sessions, players will notice Nikola Tesla in the background appearing from time to time as he inspects his steaming machine also located in the distance. Visually, the design is brilliant, a true masterpiece which perfectly matches the game’s superb soundtrack. Tesla acts as the game’s wild symbol which can bring more winnings as it replaces other symbols. Other than wilds, the Nikola Tesla’s Incredible Machine slot also features scattered free spins symbols.

The main attraction of the game is its Energy Burst bonus mode which is playable as players land three similar symbols on the third reel on the same spin. Once this bonus feature is triggered, those lower-valued symbols bring 3 free spins while the game’s premium or higher-valued symbols bring 5 free spins. Furthermore, here players also take benefit of one of three extras in total including the game’s Wild Substitution, Exploding Wild and Reel Clone.

The first bonus takes one random symbol and transforms it into a wild which is active during bonus free spins. The Exploding Wild mode randomly picks two or three symbols and replace it with wild symbols that remain fixed in their position for all upcoming bonus spins. Lastly, the Reel Clone mode links three randomly chosen reels which once linked show the matching symbol configuration. Moreover, these linked reels remain fixed in their place for all upcoming bonus spins.

The Nikola Tesla’s Incredible Machine slot also features a Free Spins bonus which activates with three or more scattered bonus symbols landed on the reels on the same spin. This bonus feature brings up to 12 free spins while players can also enjoy wins pay both ways gaming engine. Moreover, before the initial free spins, one fixed wild symbol lands on the third reel while extra fixed wilds may land throughout the bonus feature.

This stunning release is probably one of the most visually spectacular releases. Its design is brilliant with so many different, high-quality details that add to the excitement. Besides looking amazing, the Nikola Tesla’s Incredible Machine slot also pays amazingly offering generous winnings worth up to 4,100x players’ stake. 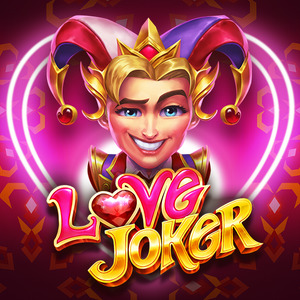