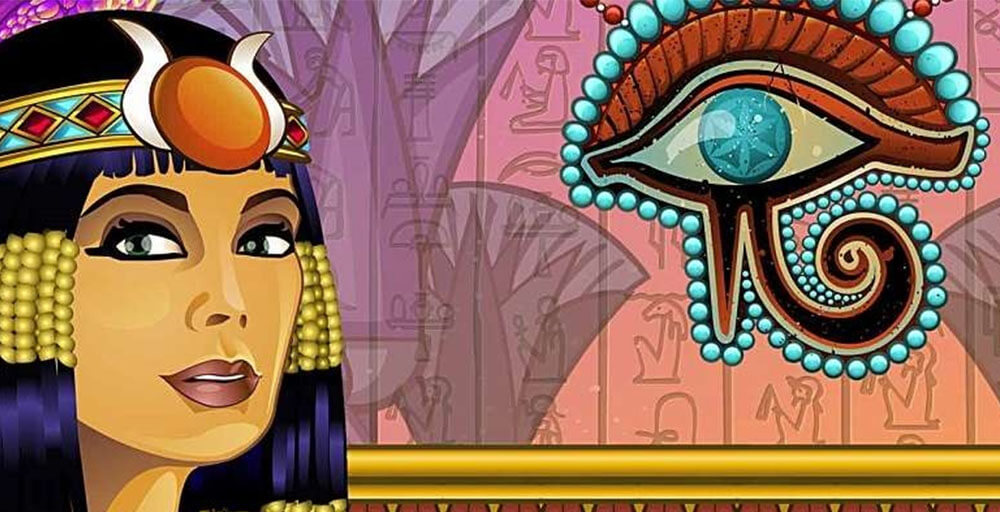 Mega Moolah Isis is the baby brother to the hugely successful Mega Moolah. This time with an Egyptian theme rather than an animal one but it too features a progressive jackpot. Set on a colourful background and with an Ancient Egyptian reel design, Mega Moolah Isis is clearly based on the goddess of the same name. Mega Moolah Isis has just five reels and a simple twenty-five paylines. The whole game design heavily features the Egyptians with the high-value symbols coming in the form of a golden orb, the Eye of Horus and a sarcophagus. The low-value icons are simply represented by large orange playing card values, 9, 10, J, Q, K and A. Isis herself is the wild symbol and an eagle plays the part of the scatter icon.

There are just a few minor things to note before players get too engrossed in playing this game. Firstly there is a minimum coin size of 0.01 and a maximum of 0.05. Coins per line can range between 1 and 20 and there is a bet range from £1 to £10. As previously mentioned, there is a progressive jackpot on offer here and this can reach up to 12,000 coins. An
of 88.12% makes this game not quite as high ranking as some, but the return to player is still high enough to merit some fun playing time.

As with many slot games, the first feature is, of course, the free spins. Ever a gamer's favourite, the free spins are activated by landing the Eagle scatter symbol on the reels. Five eagles will win the player 30 spins, four eagles will award 25, and three eagles just 20 free spins. Every win can have a maximum 6x multiplier added to it so even the smallest number of spins can win a player an excellent profit.

Next up is the progressive jackpot. This is randomly activated throughout the slot. Depending on the player though, this can be a negative in the game or a positive. Unfortunately, for those that don’t like this style, there is no option to change other than choosing a different game. Players will play a Wheel of Fortune game during which they need to try to win one of various different coin values. The initial amounts are as follows: Mega is 1,000,000; Major stands at 10,000, Minor at 100 and the Mini just 10. Players should note however that these jackpots will, of course, increase the longer they remain unclaimed. This feature does mean that players will always win at least something, even if it is a little smaller than desired.

This game follows well in the footsteps of its older, popular brother. With great animation, good soundtrack and a decent progressive jackpot, this slot is growing more and more popular.