The Machina Megaways slot powered by the Kalamba Games and Relax Gaming software, players enter the world in which robots of all sorts rule. This futuristic game features generous winning opportunities across 6 reels and up to 46,656 paylines. The game’s coins range from 0.60 credits up to 600 credits players can invest per spin. The game is another impressive slot release which uses the popular Megaways gaming engine developed by Big Time Gaming.

In terms of its theme, the Machina slot is essentially a science fiction-themed game packed with a rewarding bonus round which brings free spins as well as rewarding wild symbols and symbol upgrades. What is even more, with the game’s Platinum Jackpot bonus, players can scoop winning going up to 1,000x their stake. Here, players can expect awesome, high volatility gaming actions with a great RTP of between 96.59% - 97.42% depending on the number of paylines included.

In terms of its visuals and design, the Machina slot definitely has a futuristic vibe going on as its reels are set in a futuristic cityscape. On the reels, players will find lower-valued symbols depicted as royals plus several male and female characters which act as the game’s higher-valued symbols. The most rewarding standard symbol featured in the game is the cyborg that pays up to 3.33x players’ stake.

The game’s wild symbols depicted as the computer chip besides replacing standard symbols also appears one, two, three or even four symbols high. In addition to this special symbol, the Machin slot also features another bonus symbol which activates its Hyper Bonus mode which includes free spins and other surprises.

In terms of its bonuses, the Machina slot does not fail to impress. When it comes to the game’s Hyper Bonus mode, players trigger its by hitting three or more bonus symbols simultaneously. These symbols not only trigger the bonus feature, but also bring payouts worth up to 15x players’ stake. The bonus features up to 18 free spins and wilds. Every time players land a wild symbol during the bonus mode, it is collected in a bonus meter located on the right side of the gaming screen.

Once this bonus meter is full, players receive 2 additional free spins while all of the lowest-paying symbols depicted as human characters are transformed into the most rewarding cyborg symbols. With the bonus meter, players can scoop more free spins and more symbol upgrades as there is no limit on how many times players can reset the bonus meter. Each time the bonus meter reset, another lower-valued symbols get upgraded into cyborgs.

Lastly, the Machina slot features three impressive jackpot prizes including platinum, gold and silver jackpots. In order to trigger these prizes, players need to land 10, 12 or 16 cyborg symbols simultaneously. The platinum jackpot is worth 1,000x players’ stake while the two other prizes bring winnings worth 50x and 20x players’ stake.

An Impressive Addition to the Kalamba Games’ Library

The Machina slot is the very first Megaways-using Kalamba Games release and the company definitely excelled. In terms of its visuals and features, the game impresses especially as it offers not one, but three different jackpot prizes. The range of extras featured in the game is also enough to boost winnings at all times. 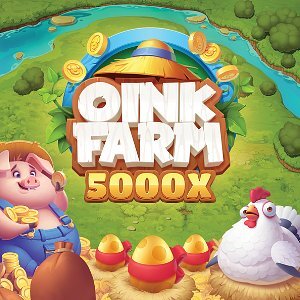