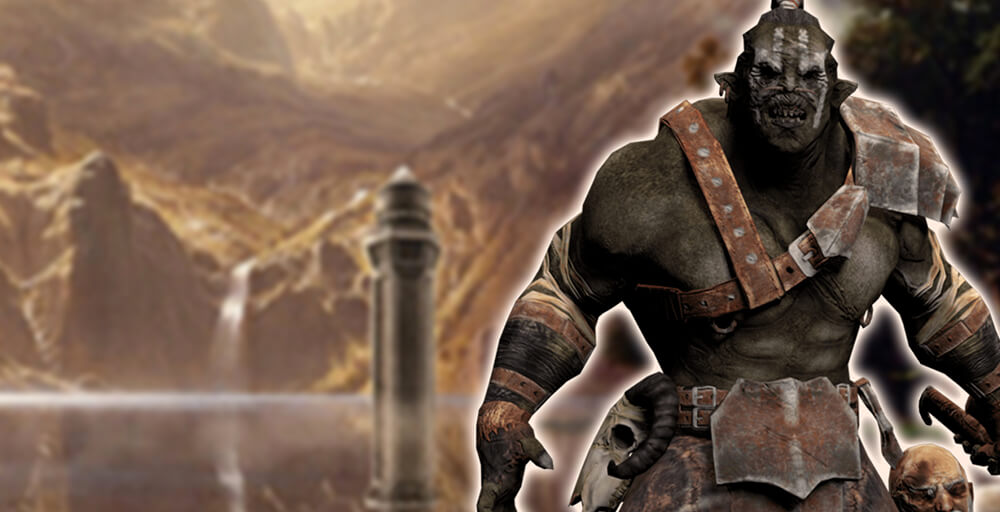 This is an epic, themed slot game that can be played across a wide variety of platforms such as desktops, tablets and smartphones. This enables you to play whenever and wherever you choose and can be a great way of passing the time while on long journeys. This slot game will conjure up images of Lord of the Rings films thanks to its overall design and randomly activated Orc Bonus feature.

The game has a 5-reel design and 40 payline slots and an of 95.15%; the minimum bet is 0.40 per spin and can go up as far as 100, if you’re feeling really adventurous. While playing the game, you could easily feel you are in an epic film rather than a game due to the heart pounding soundtrack, and the reel symbols, which include 2 warriors that look surprising like Aragorn and Gimli. The wild symbol in this case is a wizard and it will change some of the symbols, except from the bonus wheel scatter. This will trigger an event that allows you to gamble, or collect, your stake and bet on red or black; the more times you get it right the more you win. This part of the game closes once an incorrect guess is made.

The bonus features of this game are as follows: Firstly, there is the aforementioned Orc bonus feature, this feature is triggered randomly and only occurs when no winning combinations appear in the base game. The Orc appears and can award you with a cash prize of anywhere up to 500 times the original stake.

The second bonus feature is the bonus wheel, this happens when two halves of a bonus symbol appears on the any of the following reels, 1, 2, 4, and 5. The bonus wheel symbol is two standard symbols high so there is no chance of missing it. If this event occurs you get to spin the bonus wheel and win any of the following; 10 free spins, cash prize of up to a maximum of 30 times your original bet or a chance to spin the Super Wheel. This last option gives you the chance to win up to 1000 times your original bet.

In addition to all of those bonus features, there are Free Game Features which can only be accessed via the Super Wheel. This feature gives you 10 free spins and any time during these spins you could find that your wild symbols turn into lighting wild symbols which will turn some of the nearby symbols into wild ones to increase your chances of winning big.

As you can see the sheer volume of features and bonus games means you have a very good chance of winning some impressive amounts of cash from this game. The game play is smooth and the visual side of this slot will keep you hooked for hours at a time. Couple that with the medium to high chance of triggering a bonus feature and it is easy to see why this is becoming such a popular slot machine game to play.