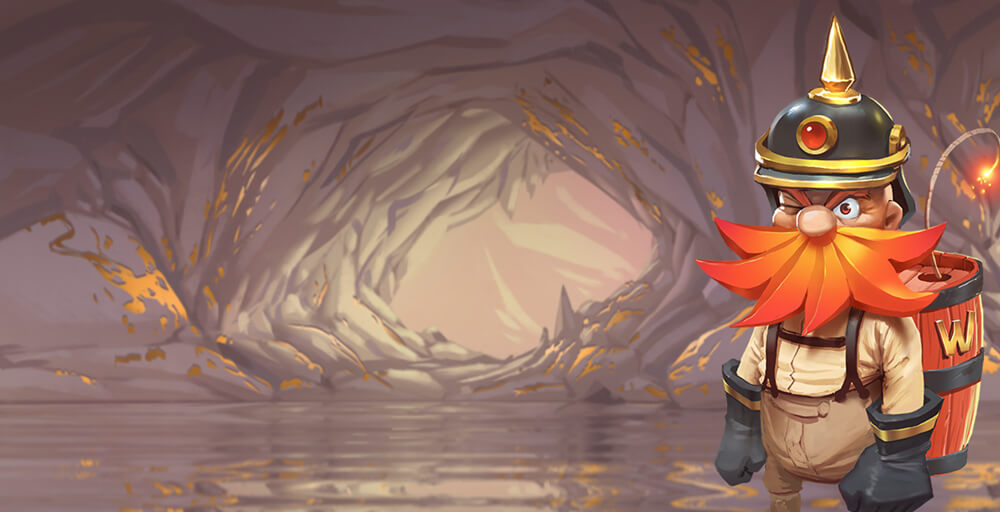 With the Dwarfs
Gone Wild video slot running on the
, you get to hop on an
extraordinary mining adventure following seven friendly dwarfs. The game comes
boasting stunning visuals and great graphics nicely incorporated into this
5-reel and 20-payline slot with truly rewarding Dwarfs Gone Wild bonus
features, plenty of Dwarfs Gone Wild Free Spins, and great underground riches
which can be yours as you set on this journey.

As you dig for
those underground riches, you also get to take advantage of the game’s
Re-Spins, Spreading Wilds, Wild Reels, additional Free Spins and great
multipliers, which can go up to five times your stake which is more than enough
for you to significantly boost your bankroll.

As expected from
the game’s title, the Dwarfs Gone Wild video slot is inspired by the story of
Snow White and her adventures with seven dwarfs. Therefore, on the reels, you
will come across nicely crafted symbols depicting seven dwarfs, Snow White,
treasure carts, and other symbols which, once landed in matching positions on
the reels, can bring great cash rewards your way.

Just as expected
from one of the most prominent names in the industry, Quickspin definitely did
an amazing job with the game, packing colorful symbols which spin on the reels
set against some mine shaft backdrop which perfectly matches the game’s folk
tunes you get to enjoy during the gameplay.

This highly
unique Quickspin release is all about the Golden Minecraft Free Spins round you
trigger during the base game as soon as you land three of the Scattered Diamond
symbols on the three middle reels on the same spin. Once you get there, you are
immediately awarded 7 Free Spins.

These Golden
Minecarts you get to collect are extremely important as by collecting them you
get to trigger special Dwarfs bonus features during the Dwarfs Gone Wild Golden
Minecraft Free Spins rounds. Depending on which Dwarf symbol you get, you can
enjoy Rolling Reels feature in which one Wild symbol is randomly added to reels
three, four, or five awarding you one re-spin.

Those Bomber
Dwarf symbols trigger the game’s Spreading Wilds feature where one Wild symbol
is added to the reels and then explodes leaving between two and four additional
Wilds set in adjacent positions.

If you get Dwarf
the Racer, you trigger the game’s Throwback Wilds feature that generates
between two and five Wild symbols set randomly on the reels, while landing
Dwarf the Blacksmith triggers the game’s Full Reel Wilds feature in which you
get to enjoy up to two fully Wild Reels.

Moreover,
landing winnings with the Huntsman Dwarf will trigger the Free Wild feature
where one Wild symbol is added to the reels to create the best possible
winnings combo.

There are two
more special Dwarf bonuses including the game’s Extra Free Spins feature you
trigger with Wizard Dwarfs in which you get to grab three, four, or five
additional Free Spins, and there is the game’s Win Multiplier feature where one
or more winning Free Spins you score are subject to a nice multiplier of up to
5x your stake.

Besides this
truly rewarding Free Spins mode, the game also comes packed with another highly
lucrative bonus feature, the Dwarfs Gone Wild Magic Mirror feature, which is
triggered as soon as you land those Magic Mirror symbols in any position on
reel three. Once you get there, up to three hundred additional Wild Snow White
symbols will be added to the reels. Moreover, with this bonus mode, you also
get to enjoy two re-Spins.

If you like
adventure-themed games that come rich in visual and audio effects packed with
truly rewarding bonus features, this highly unique, extremely interesting
Quickspin release is definitely your way to go. Thanks to the game’s great
multiplier up to five times your stake, Free Spins, and other extras you get to
enjoy, this treasure digging adventure definitely calls out for everyone
interested in big winnings.