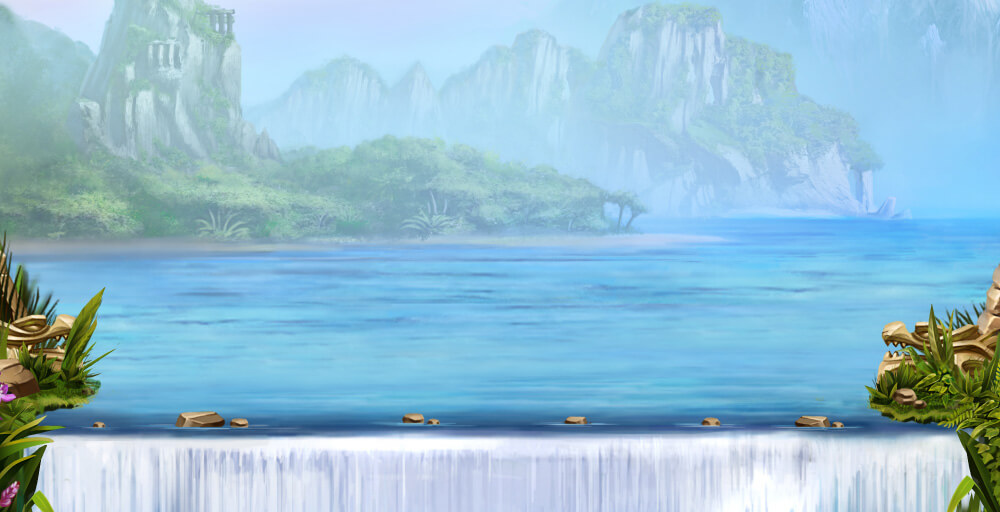 The Dragon Island slot is
located on an island full of beautiful
and colorful creatures. Even though it was created a while ago, it still brings
some dragon mystery. It was made with 5 reels and 15 paylines by
. On this island, you will find some not very
friendly dragons, which also happen to spew fire.

The island seems magnificent with some amazing looking active
volcanos. Get lost in this sunny paradise decorated with green plants, flowers,
and waterfalls. Start playing the Dragon
Island and learn a true meaning of the phrase „playing with fire.“

The Dragon Island invites you to
get to know some angry looking dragons. This paradise world will introduce you
to these alluring creatures. They live inside the caves and mind their own business.
Their caves are full of gold and they will don't
like the idea of partting with it. With shiny and pretty scales, they
like to think of themselves as superior and magical beings.

Dragon Island has some nice
elements when it comes to the design. Reels are nicely decorated with greenery,
flowers, and animated waterfall. The
dragon drawings are pretty great, and would actually
be amazing if the dragons started spewing
fire on reels, or something similar. The
sound is really nice, although nothing spectacular.

Almost all the symbols represent
different dragons. The Wild symbol is also a dragon, and when it gets
activated, it changes the color completely.
The scatter symbol is a volcano spewing lava all over the place.

VOLCANO
EXPLODING BEFORE YOUR EYES

The Dragon Island slot brings a
few entertaining features. There is a wild symbol, and it can replace any
symbol except the Golden Wild and Scatter symbol. Landing three Scatter symbols
will bring 10 Free Spins with winnings multiplied by three. If you land four
Scatter symbols, it'll get you 20 Free Spins at x10, and 5 Scatter symbols will
trigger 50 Free Spins with the multiplier
of x100. What's special about this feature is the fact that a Dragon appears
randomly before every Free Spin, expanding on the whole reel, and increasing
your chances of winning big.

With triggering the Win Both
Ways feature Golden Wild will land on reels and increase your chances to win. This symbol can replace
every symbol except the Scatter symbol. All the winning with this symbol will
be multiplied with x2-x8.

TRAIN
YOUR DRAGON TO PLAY NICE

The Dragon Island casino slot
has a great theme with dragons. They live
on their beautiful, isolated island and
stash the gold in their caves. Play with them in this slot and get them to give
it up. It has nice graphics, a few lively
animations, and agreeable sounds. The colors are vivid, giving the whole picture a
positive note.

The features give a satisfying feeling when they are activated. The
wild symbols and scatters unlock some pretty diverting features, especially
when you get to add multipliers.

In the end, the Dragon Island
slot has some great characters, and even though they look quite scary, they are
magnificent. They spew fire, hoard the
gold, eat annoying people, and live in a
paradise. What's not to like about it?