Powered by Barcrest, the Beetlejuice Megaways slot is a colorful release inspired by a 1988 comedy-horror movie of the same name starring Alec Baldwin, Geena Davis, Michael Keaton, and Winona Ryder. The movie revolves around a deceased couple who turn into ghosts and haunt their home. There is also a devious poltergeist portrayed by Michael Keaton who is working his devious ways to scare the new residents.

In the Beetlejuice Megaways slot, players will come across many references to the movies across its 5 reels and up to 248,832 winlines or ways to win. To join the movie crew here, players need to invest between 0.10 and 500 credits per spin. There are several bonus features to take advantage of including the Beetlejuice Megaways slot’s Free Spins bonus, Ghost Mystery Symbols and Cascading Symbols which are prominent in slot games using the Megaways gaming engine.

The Beetlejuice Megaways slot has been carefully crafted by Barcrest which used popular Megaways gaming engine by Big Time Gaming here to bring a great number of possible paylines. The graphics of the game are rather high-definition, while the game generally has a wacky vibe just like the movie which inspired its. There is the main character from the movie Beetlejuice located on the side of the gaming grid.

The Beetlejuice Megaways slot also uses the original soundtrack used in the movie, so it stays true to the popular movie. Symbols featured on the reels include lower-valued royals while players will also come across the original movie cast including Lydia portrayed by Winona Ryders, snake, Miss Argentina, Shrunken Head, and of course, Beetlejuice portrayed by Michael Keaton. The latter is the most rewarding symbol in the Beetlejuice Megaways slot which brings payouts of 5x players’ stake for five matching symbols.

There is also a valuable replacing wild symbol featured in the game which lands across all five reels. Since the game is a Megaways slot release, the number of paylines varies with every spin of the reels. Moreover, each of the game’s five reels can include between 2 and 6 symbols and the more symbols included brings the more paylines.

The Beetlejuice Megaways slot comes with a couple of bonuses to explore. First of all, there are rewarding Cascading Symbols which are formed with every winning combo. Since this is a Megaways slot, all winning symbols are removed from the gaming grid with new symbols replacing them to fill those vacated reel positions. This Cascading Symbols mode allows players to win again and again from a single spin of the reels.

Then, there is the Beetlejuice Megaways slot’s Mighty Ways mode which also kicks in whenever players score winning combos. When players score a win and new symbols replace those winning symbols, the top half part of the gaming grid opens if its symbols contribute to winning combos. This allows up to twelve symbols to land across one reel. With twelve symbols featured on all five reels, the game features 248,832 paylines.

The Beetlejuice Megaways slot is also packed with special ghost symbols that appear across all reels. These are rewarding mystery reels that trigger the game’s Mystery Symbols mode. Once triggered, all of those mystery ghost symbols turn into the matching symbol and this symbol is randomly chosen. These also cascade, so players have another chance to scoop a winning combo

Activate the Bonus Game for an Unlimited Winning Multiplier

The main highlight of the Beetlejuice Megaways slot is definitely its Free Spins bonus which triggers with landing three or more of the game’s scattered Betelgeuse symbols. This bonus brings 8, 12 or 16 free spins and there is also an unlimited winning multiplier included which starts at 1x and increases with every winning cascade. Moreover, landing three or more extra scatter symbols during the Free Spins bonus rewards extra free spins.

With great winning opportunities, a favorable RTP of 96.00% and super rewarding bonuses, joining the Beetlejuice movie crew on this virtual journey is doubtlessly worth players’ time. The game is crafted to appeal to fans of the movie, but it will also deliver expected spinning adventures of beautifully-crafted slot games. 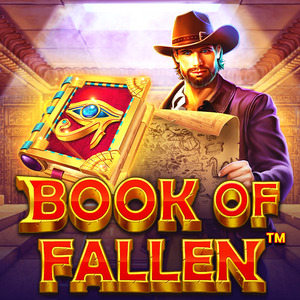