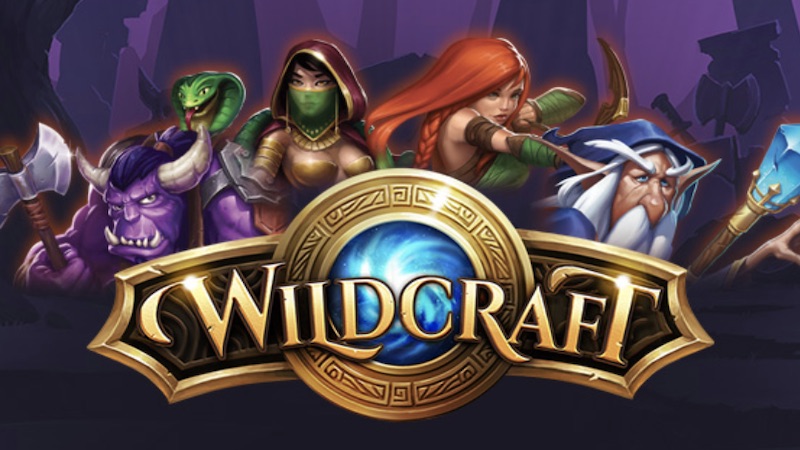 The Wildcraft slot is the latest Kalamba Games slot release packed with all things magical. With the very first spin on this excellent, fantasy-themed slot, players join archers, trolls, and wizards on their journey leading to a remarkable world of magic. Some of the game’s truly enchanting bonus featured including jackpots, loads of free spins and wild reels for more generous winnings.

As players journey their way through this magical, mysterious land leading to a remote, enchanting forest, they can scoop generous winnings across the game’s 5 reels and 60 paylines. Apart from its generous bonus features, the Wildcraft slot looks beautifully rendered with high-quality cartoonish graphics and visuals which perfectly match the game’s epic backing sounds.

As previously mentioned, the Wildcraft slot is all about wizards, orcs, and other mysterious characters which appear across the game’s reel setup. As players get ready to hang out with those mysterious creatures, they at the same time explore the game’s rather enchanting forest which hides some magical winnings. This brave fantasy-themed game is packed with top-notch cartoonish graphics alongside some strange, at the same time extremely rewarding bonus features.

During their Wildcraft gaming sessions, players will come across characters that resemble both Game of Thrones and Lord of the Rings characters. The reels of the game are set against an interesting backdrop depicting magical trees while the symbols appear on a beautifully rendered, wooden frame packed with colorful banners. The symbols featured included colorful orbs, wizards, trolls, and others. The game is accessible via every modern gaming device from 0.60 up to 120 credits.

The most rewarding symbols featured in the Wildcraft slot include women holding a snake, female archers, purple trolls holding big axes and wizards worth 25x, 75x and finally 125x players’ stake. The game’s wild symbol depicted as the book of magic replace other symbols on the reels as well as bring awesome winnings worth up to 500x players’ stake for five symbols on a payline.

During their gaming sessions, players will notice magical orbs located above three reels. These orbs come to life every time an image of a crossed arrows on a shield lands. This is known as the Wildcraft Wild Collection bonus which transforms purple orbs to pink orbs. Once players transform all three orbs located above the reels, the entire reel becomes wild for the following three spins.