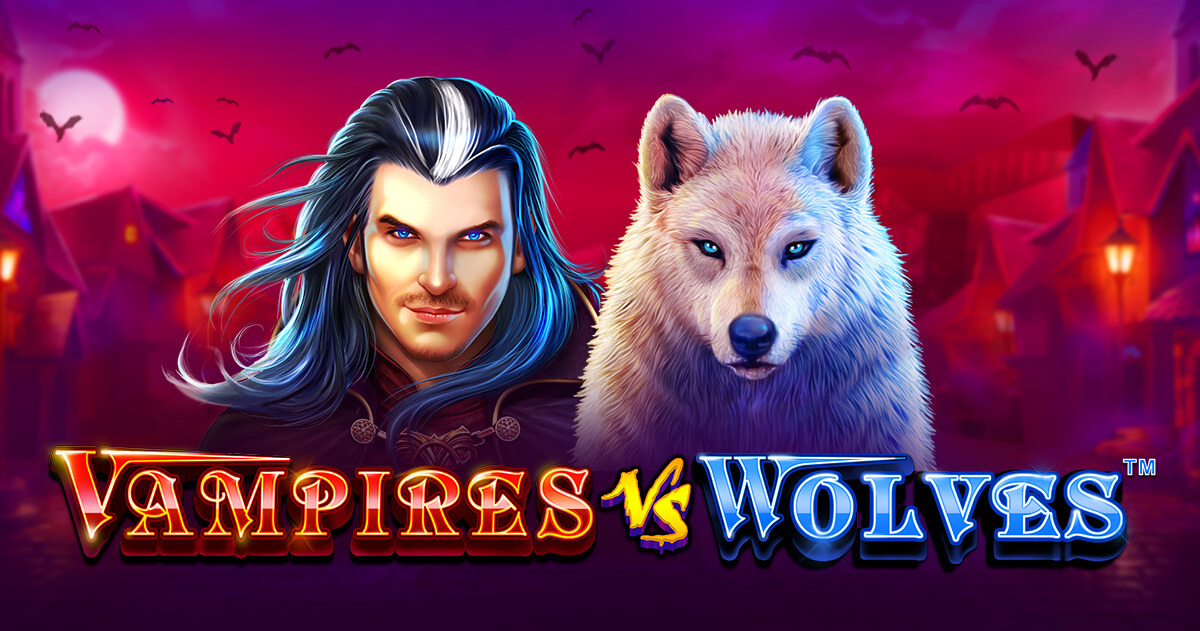 Vampires vs Wolves from Pragmatic Play

With the latest Pragmatic Play release, the Vampires vs Wolves slot, players get to experience the ultimate battle of beasts in a highly entertaining environment. The Vampires vs Wolves slot is Pragmatic Play’s second release for August followed by John Hunter and the Aztec Treasure. The game features medium to high volatility spinning actions across 5 reels and 10 paylines.

It can be accessed on every gaming device from 0.10 credits up to 50 credits. It features two rewarding Free Spins bonuses with many other surprises such as sticky wild symbols, standard wilds and much more. Thanks to its rewarding bonus modes, the Vampires vs Wolves slot delivers maximum winnings worth up to 1,000x players’ stake they can scoop on every free spin.

Pragmatic Play did such a great job with its Vampires vs Wolves slot, especially with the game’s striking visuals. Once players start the game, they are greeted with an interesting soundtrack which definitely matches the game’s captivating theme. Exploring this world of the supernatural beasts means enjoying an authentic narrative set in some remote town which resembles gloomy, Victorian London. The scene is rather haunting with mist everywhere rendered in Pragmatic Play’s popular gothic vibe.

On the reels, players will come across superbly designed traditional card symbols in an interesting gemstone design. More rewarding than these symbols are the game’s picture symbols depicting the most-valuable white-haired vampire character that offers winnings up to 80x players’ stake for five of a kind winning combos. There is also an extremely important wild symbol that replaces regular symbols on the reels as well as brings winnings worth up to 100x players’ stake for five wilds on a payline.

With the Wolf Free Spins mode, players get 14 free spins during which three of the main character symbols bordered in blue transform into fearless werewolves. These newly transformed symbols alongside standard wilds replace other symbols to bring more winnings combos. In other words, here players can benefit from three extra wild symbols which pay just as the highest valued standard wild symbols.

On the other hand, choosing the Vampire Free Spins mode means scooping 8 free spins while the three character symbols bordered in red turn into vampire symbols. Landing one of these vampire symbols lands on the reels, it becomes a sticky wild symbol which remains locked in its position for the duration of this bonus.