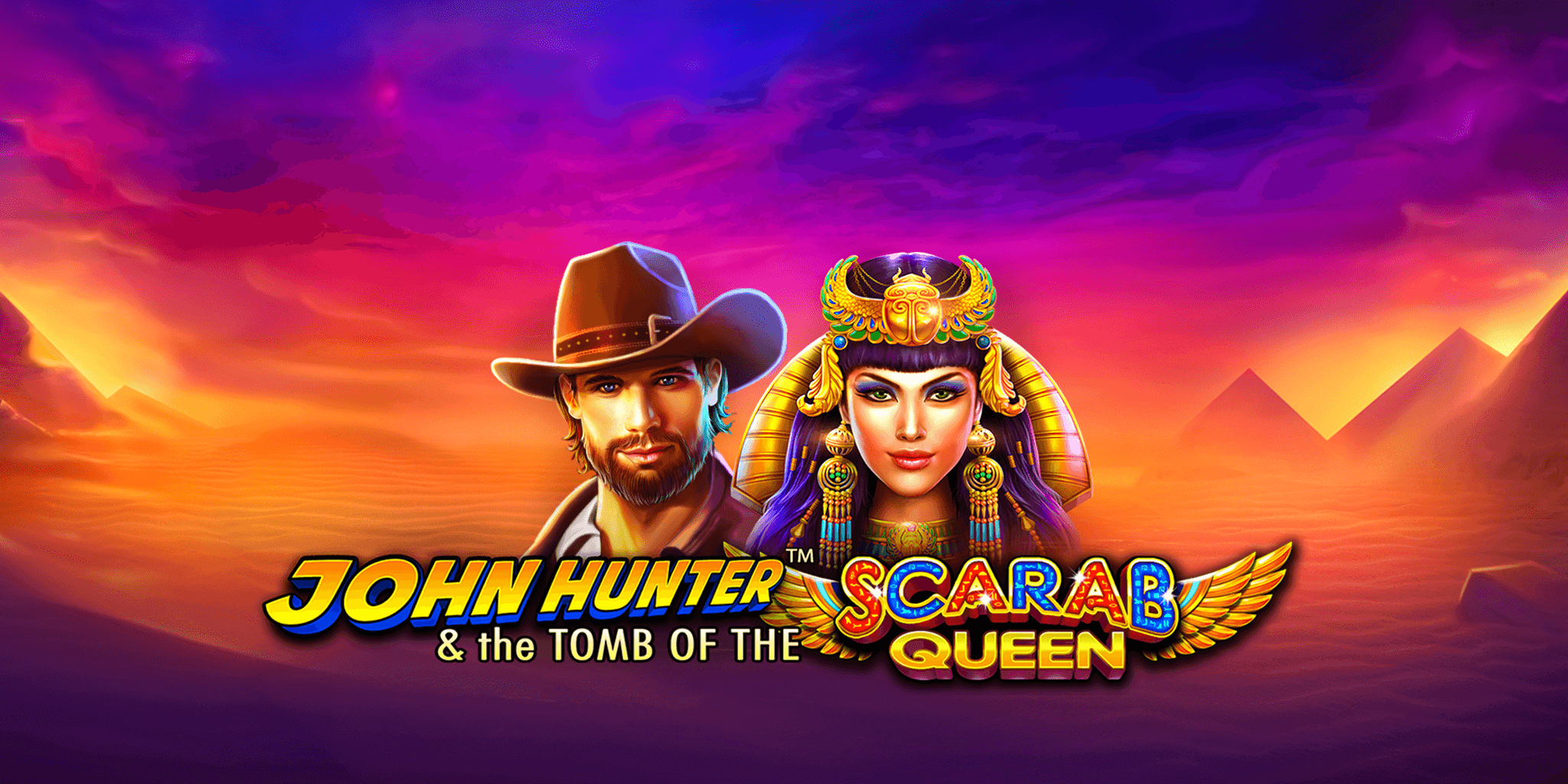 The John Hunter and the Tomb of the Scarab Queen slot comes packed with 5 reels and 25 paylines with loads of ancient Egypt-inspired symbols and visuals that come to life with the very first spin of the reels. Players who decide to join John Hunter on this adventure will visit Egypt and explore all of its glory. Aside from enjoying the game’s spectacular visuals, punters can also take advantage of the game’s bonuses including its Free Spins bonus, Money Collect Feature, and other surprises.

John Hunter and the Tomb of the Scarab Queen: Another John’s Adventure Worth Checking Out

As previously mentioned, in this third installment of the Pragmatic Play John Hunter series, players join John Hunter who is an avid explorer traveling the world on its journey to uncover lost riches and this time, the destination is Egypt. As players explore the magnificent Giza pyramids, they also get to enjoy the game’s awesome design and appealing visuals. The game’s backdrop naturally depicts a golden desert scene with Giza pyramids set in the distance.

The symbols featured in the John Hunter and the Tomb of the Scarab Queen slot include leather bags, pistols, Anubis, royals and of course John Hunter who is the most rewarding symbol here offering wins worth up to 32x players’ stake. To complete this scene, Pragmatic Play also added a rhythmic soundtrack. In addition to its regular symbols, the game also comes packed with Cleopatra wilds which land on all reels except reel one.

During their gaming sessions, punters can benefit from the game’s Money Collect mode. As they play, they will notice special scarab symbols landing on the reels carrying different cash values. In the case of these symbols landing on the fifth reel alongside scarab symbols with cash values, one of five modifiers comes into the game. These modifiers include the game’s Cash, Extra Credit Collect, Multiplier Collect, Expanding Collect and finally Respin Collect.

As suggested by their names, these modifiers combine together the scarabs’ cash values for more generous payouts, multiply the total value of scarab collected symbols by 25x before a payout, expand all money symbols to cover entire reel positions, rewards re-spins will all special money symbols located in their place and add the value of those special scarab symbols to all money symbols positioned on the reels.

The things become even more interesting when players land three scattered symbols on the game’s central reels on the same spin. Once this happens, the John Hunter and the Tomb of the Scarab Queen slot’s Free Spins bonus is activated. The bonus brings 8 free spins with the Money Collect feature also active. Moreover, during this mode, players can also take advantage of the game’s generous winning multiplier mode that can result in remarkable winnings worth over 10,000x players’ stake.