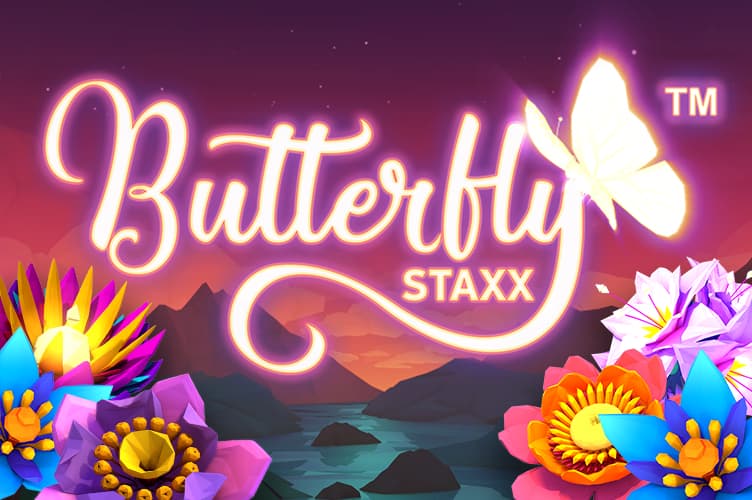 Just as expected from NetEnt, its Butterfly Staxx 2 slot features stunning visuals with loads of beautifully rendered symbols and other visual spectacles. In terms of its bonus features, the game comes packed with a Butterfly Frenzy bonus, Butterfly Spins and Re-Spins just as the original game. The maximum payout players can expect here is worth 240x their stake.

The game’s RTP is very favorable at around 96.35% while the game’s spinning actions have low volatility. Besides this appealing game, NetEnt has crafted many other mega-popular games which players should check out such as Gonzo’s Quest, Starburst, The Invisible Man, Lost Island, Wild Rockets, Twin Spin, Tiki Wonders, Hall of Gods, Jack and the Beanstalk, Attraction, Jimi Hendrix, Mega Fortune, Blood Suckers, Arcane Reel Chaos, Aloha Cluster Pays, Dazzle Me, and Finn and the Swirly Spin.

Just like with the original game, with the Butterfly Staxx, 2 players enter a magnificent, enchanted world packed with some magical winnings once again. Once players have entered this dreamy world that inhabited by magical butterflies, they get to enjoy an interesting collection of bonus features which yield big-sized winnings.

Besides enjoying loads of winnings, players will also enjoy the game’s super relaxing soundtrack which plays in the back. Looks-wise, the Butterfly Staxx 2 appears as a very neatly rendered game with a romantic vibe added. The game’s backdrop shows a beautiful flower arch while its reels include standard playing cards and three different glowing butterflies and stunning flowers. The most rewarding Butterfly Staxx 2 slot’s symbol yields winnings up to 2x players’ stake.

The game features lotus flower wild symbols which can land in any position on the reels during the base game. These symbols come with their usual functionality of replacing standard-paying symbols except the game’s scatters. As suggested by the game’s name, its valuable butterfly symbols can land on the reels fully stacked. Once this happens, they trigger the game’s Re-Spins bonus mode.

During this bonus feature, all of the butterfly symbols move to the left side of the reels where these symbols are not present. They also remain locked in their positions for upcoming re-spins. In the case of having two of the game’s leftmost reels being covered in these symbols, players unlock another play area. This naturally gives players more winning opportunities.

As previously mentioned, the Butterfly Staxx 2 slot also features rewarding scatter symbols which can land on the first, third and fifth reel. Once this happens, players get to choose between two bonus features offered. The first one is the Butterfly Spins bonus during which only valuable cocoon symbols land on the reels. These symbols once landed turn into butterfly symbols which then fly to the left areas of the game’s reels. Then, there is the Butterfly Staxx 2 slot’s Butterfly Frenzy bonus feature during which players scoop butterfly symbols and finally increase their overall winning potential up to 5x their stake for each collected butterfly symbol.