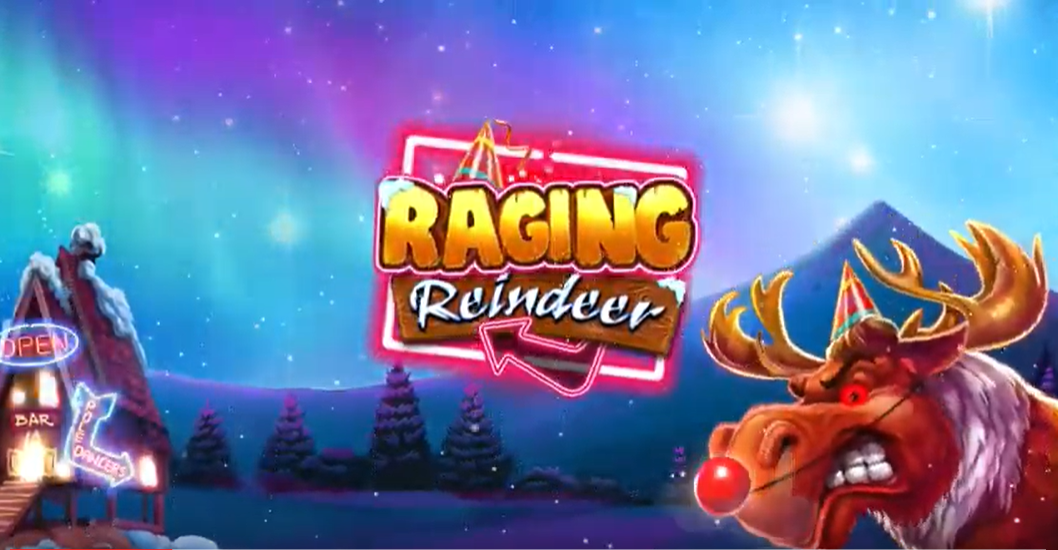 Joining this holiday party means scooping amazing winnings worth up to 4,331x players’ stake across 6 reels and 4,096 paylines. The game’s RTP stands around 95.94% while its volatility is in the medium range. To hop on this epic journey, players need to invest as little as 0.20 credits while the maximum bet per spin is 20 credits.

The holiday season has begun and there is no better way to celebrate than to scoop impressive, joyous winnings offered in the Raging Reindeer slot. As the Christmas season is approaching, the Raging Reindeer slot comes into the game the right way. This impressive iSoftBet release is rather beautiful to look at packed with a stunning star-filled sky backdrop with Pole Dancers and snowy mountains in the distance.

Speaking of the game’s looks, the symbols featured in the include lower-valued royals in addition to five animal symbols which act as higher-valued symbols. These include the reindeer Rudolf which is the most lucrative symbol bringing winnings worth up to 7,5x players’ stake. Other animal symbols featured include wolves, coyotes, owls, and rabbits. In addition to featuring exceptions visuals, the Raging Reindeer slot also comes packed with festive, jingly sounds which add to the atmosphere.

Onto the game’s bonuses, the main attraction of the game is definitely its Jingle Spins mode. Players trigger this bonus feature with landing at least three scattered Raging Reindeer symbols in any position on the reels. Depending on the number of landed special scatter symbols, players can get 8, 15, 20 or even 50 Jingle Spins. During this bonus mode, the game’s wild symbols depicted as the box symbols become 2x wild symbols.

This happens in the case of wild symbols being parts of winning combos scored during the duration of Jingle Spins. In the base game, these wilds appear as regular wild symbols which substitute other symbols on the reels to bring more joyous winnings. Back to the Jingle Spins mode, wild symbols and Rudolf symbols which land on non-adjacent reels also pay out.

What is even more, landing Rudolf symbols on the first, second and sixth reel, as well as one wild symbol on the fifth reel, means benefiting from a massive four of a kind win. The game’s Jingle Spins can be re-retriggered with landing extra scatters, so players could end up playing with 100 Jingle Spins in total.