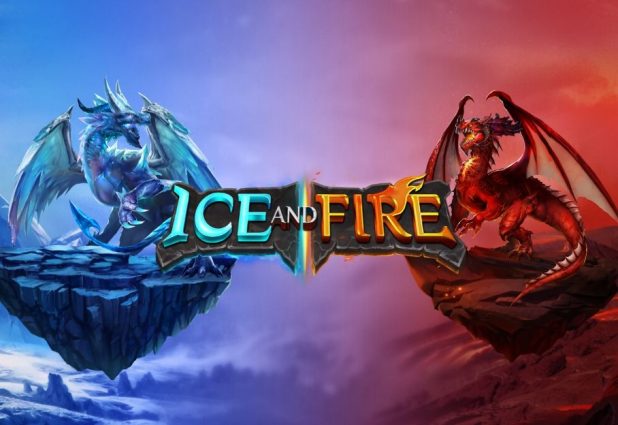 Ice and Fire from Yggdrasil Gaming

Packed with loads of bonuses including multipliers, free spins, cascading symbols and much more, the Ice and Fire slot by Yggdrasil Gaming will leave no one empty-handed. The game will be released on the 6th of February and what we know so far is that it will come packed with an RTP of around 96.64%, high volatility spinning actions and extremely generous maximum winnings worth up to 19,139x players’ stake.

The Ice and Fire slot is packed with 10 reels alongside 120 paylines while the gaming action takes place over two five-reeled areas. Inspired by an eternal battle of armies the volcanic lands and the icy regions, the Ice and Fire slot looks beautifully rendered just like every other Yggdrasil Gaming release. Before the game is released, players are advised to check out other Yggdrasil Gaming-powered slots such as Aldo’s Journey, Age of Asgard, Lilith’s Inferno, Sahara Nights, Yokozuna Clash, The One Armed Bandit, Jackpot Raiders and Niagara Falls.

Needless to say, Yggdrasil Gaming has done an impressive job with its Ice and Fire slot which appears to be the result of the company’s cooperation with Dreamtech. Either way, with the very first spin on the Ice and Fire slot, players come across fantasy-inspired symbols set on two-reel sets located side by side. First, there is a ruthless tundra located on the left side and a fiery volcanic wasteland located on the right side.

There is also an epic soundtrack playing in the back while snow owls, white tigers, golden rings, ice dragons and the ice queen dance across the reels. The right side of the gaming grid is packed with foxes, horses, magical orbs and of course the fire queen. Besides these higher-valued, there are also standard playing cards acting as the game’s lower-valued symbols. The most rewarding symbols are the fire and ice queen that bring winnings worth up to 53,33x players’ stake.

As mentioned at the beginning, the Ice and Fire slot uses a rewarding Cascading Symbols engine. In other words, as soon as you get a winning combo, those winning symbols are removed from the gaming grid while new symbols replace them which can help you win again and again in a single spin. Then, there is the Ice and Fire slot’s wild symbol depicted as the old book which replaces other symbols. In addition to its regular substituting responsibility, these wilds are also copied to the same position on the other reel set whenever they appear and this is known as the Ice and Fire Shared Wilds mode.

As expected, the Ice and Fire slot is also packed with its Free Games mode which is triggered as soon as players manage to get four or more winning cascades. Once here, players get to pick either the fire or ice dragon and each pick gives up to 15 free spins alongside 100 or 150 additional wilds. The bonus mode can be re-triggered once, so players could potentially play with 30 free spins in total.

This is not everything as the Ice and Fire slot is also packed with a super rewarding Multiplier mode which activates when players collect at least three or more scattered dragon egg symbols across both sets of reels. Once here, players receive 10 free spins while every extra scattered dragon egg symbol landed brings 5 additional free spins. The most that players can get here is 25 free spins. As suggested by the bonus’ name, there are awesome increasing winning multipliers included that increase by one with every winning cascade or winning combo made.