What better time is there than the holiday season? Many providers out there use this time of the year to release fun and interesting slot games. Just like the rest, NetEnt came up with their own release called Santa vs Rudolf. It’s a 5 reel slot, with 3 rows and 20 paylines. Just like Christmas this game has a cute and magical vibe, that will send the player back to their childhood.

Christmas time is the happiest and most magical time of the year. People change, places change and everything just lights up. There are so many holiday releases out there and it's hard to keep the ideas coming and make something unique. The creators of this game got into the Christmas spirit and with the design as well as the features, made an effort at making it stand out from the crowd.

The main scene of events is, of course, the North Pole. What makes the game interesting and where the game gets the name is the backstory of Rudolf hiding Santa’s hat just before it was time to deliver presents. The soundtrack is very cheerful and shows Rudolfs’ sneakiness to hide the hat.

The graphics are great with the characters cartoon-like designed. Some of the symbols include the regular royals designed to look like candy canes, snow globes, reindeer collars, gift sacks, Santa’s sleigh and a letter to Santa as the highest paying symbol.

Not only does it have a cute and fun design, the game is quite playable as well. The player can bet a minimum of 0,20 and a maximum of a 100 coins per spin. It’s a medium volatility game with a 96,3% RTP which is a pretty generous offer. With the help of features, the player can win up to 1000x the stake in a single spin, which isn't bad at all.

The most exciting part of the game is the features and the way they are played out. The game has two wild characters, Santa and Rudolf. When appearing they both trigger re-spins. The Rudolf wild lands on reel 1 and the Santa wild on reel 5 and they both move 1 reel per re-spin.

If the two wilds cross paths and meet in the middle the Free Spins feature is triggered. The player then gets 10 free spins awarded and the wilds can appear on all 5 reels. If they cross paths during the free spins the player gets an additional 4 spins. Another great thing about the round is the two meters, Santa’s and Rudolf’s placed above the reels. When the moving wilds that appear fall off the grid, the meters get filled. Both meters need 8 wilds each to trigger special bonus features.

Filling Rudolf’s meter triggers the Rudolf Spins feature that awards the player 5 free spins and randomly places 5 wilds on the reels for every spin.

When Santa’s meter is full the Santa’s Gifts feature is activated. The feature is a pick and click game divided into 3 sets where the player picks different cash prizes or multipliers.

Feel the Magic of Christmas

The game has proven itself as a very good one. It's not just another holiday-themed slot and is different from the others on the market. Thanks to the features the game is fun and interesting to play from start to end. The payouts are frequent and quite good, which is fitted for the holiday season. The design and soundtrack contribute to the magical feeling that this time carries. If you’re searching for a holiday game, this one is worth a try. 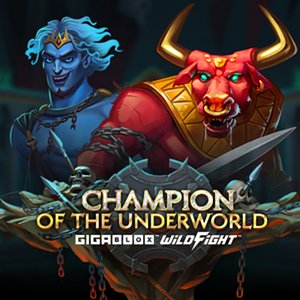