Jumanji is a casino slot from NetEnt, based on the adventure movie starring Robin Williams and Kirsten Dunst. In this fast-moving fantasy world, we put on our hiking boots and head out deep into the jungle in search of wild animals. In the movie, the main character Alan gets himself into a wide range of problems when he finds an old board game that takes him to another world. This element is also represented in the casino slot where you can activate a Bonus Board Game that lets you throw two dice and move a token over a game board full of extra features.

The game has several entertaining features like Monkey Mayhem and the previously mentioned Bonus Board Game that can bring even bigger wins to the Free Spins. The wildlife of Jumanji can also help you win in features like Monsoon Wilds, Sticky Vines, and Wild Stampede.

The reels and rows of the Jumanji casino slot are placed within the board game that can be activated as a bonus feature. The setting is a large room inside a house, with a bookshelf and the end of a staircase in the corners. But the wildlife is also very present, with green vines hanging from the ceiling and naughty monkeys hanging out in another corner of the room. The sounds take us further into to jungle with bird chirps, deep drums, and music that sounds like it’s taken straight from an old-school Jumanji movie.

NetEnt has put a lot of work into the graphics that give the player some unexpected scenes like when the whole casino slot starts shaking while rhinos are running across the screen in the Wild Stampede feature. The game is available on mobiles, notepads, and desktops, and the wins are created through paylines ranging from 3 to 5 in a row with the same symbol type starting from the leftmost reel.

The lower paying symbols are the letters J, Q, K, and A, paying between 2X-10X the bet. To score the big bucks, you should aim for any of the animals pelican, crocodile, rhino, or lion. Landing 5 of the same symbol type of the animals pays between 25X-140X the bet. The game’s scatter symbol is the Jumanji board game box that we recognise from the movie. This is the symbol you should aim for to activate the Board Game feature. The slot also contains a wild symbol in the shape of a treasure chest, and this symbol substitutes all symbols except the scatter symbol.

What is the max win in the slot Jumanji?

What features are available in the slot Jumanji?

The wild symbol is one of the most common features in the game and it will help you a lot in the hunt for the big wins. This treasure chest can land anywhere across the reels, and it substitutes all other symbols except the scatter symbol. The wild symbol appears both in the base game and in other features of the game.

This is one of four cool animal-related features that randomly trigger at any point of the game. When you spin the reels and the Sticky Vines feature is activated, green vines grab all the symbols that are a part of a win and spin all the other symbols again. The vines also hold all Wild Symbols for the extra spin even if they aren’t part of a win.

Suddenly, a crocodile is falling from the sky, and the Monsoon Wild feature is randomly activated. When it lands, 1 or 2 reels will be covered in Wild Symbols while the rest of the reels spin.

The naughty monkeys go out to help the player in this feature. When the reels have stopped, and any potential wins are awarded, the monkeys shuffle the symbols to create a guaranteed win. Just like several other features in this game, the Monkey Mayhem is randomly triggered, so you’ll never know when the apes will help you out.

Look out, some wild rhinos are on the loose. They will run over the screen while the reels are spinning, adding 4-9 Wilds. This feature is also triggered randomly.

The Board Game is activated if 3 or more Scatter Symbols appear anywhere on the reels in the main game. In the board game, the player gets to move a token on a board after rolling two six-sided dice. Depending on the number of scatter symbols, you’ll get between 6-8 dice rolls. On the game board, you’ll find a wide arrange of features.

The Mystery Feature can be activated in the Board Game by landing the token on the mystery feature location. The feature starts a carousel containing Free Spins, coin wins (X2-X10), and extra dice rolls. The player is awarded whichever reward the carousel stops on.

The video slot is well built and captures the adventurous world that we got to know in the Jumanji movie. The captivating music put some extra excitement to the game, and the great graphics is hard to find on a casino slot. We just love how the slot starts shaking while the rhinos are running over the screen in the wild stampede feature. The changing number of rows, from 3 up to 5 and back to 3, is also something that makes this video slot unique compared to many others. Jumanji also offers many different cool features, like the Board Game that is new and fresh in the slot world. Other features like Wild Stampede, Monkey Mayhem, and Sticky Vines are all following the theme very well. Just like in the movie, the player never knows what’s going to happen next since these animal-related features are all randomly activated. And since the game is packed with features, you won’t get bored easily.

The game’s low volatility makes sure that the wins are quite frequent, and that you can play it for quite some while. On the other side, you’ll probably not become financially independent from hitting the jackpot, since the max win is 504X the bet. Considering that the player can bet between 0.1 and 200 makes the game suitable for a wide range of players. The 96.33% RTP is considered good and gives back more to the player than the average game. 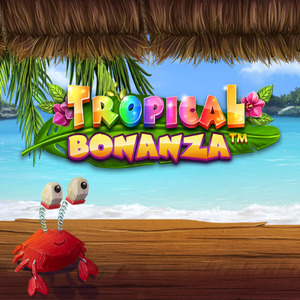 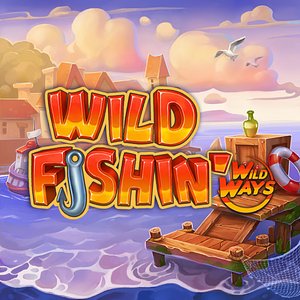